Let me regale you with the tale of a group of young girls, ages 14-15, who came together for a mutual love of all things Tolkien and Middle Earth.

It was the Fall of 2001, everywhere there were posters of the upcoming Peter Jackson epic, The Lord of the Rings: Fellowship of the Ring. It was an exciting time for this group of girls as they slowly learned the others’ mutual excitement. They decided to take their nerd-dom to a whole new level: they attempted to make a parody. 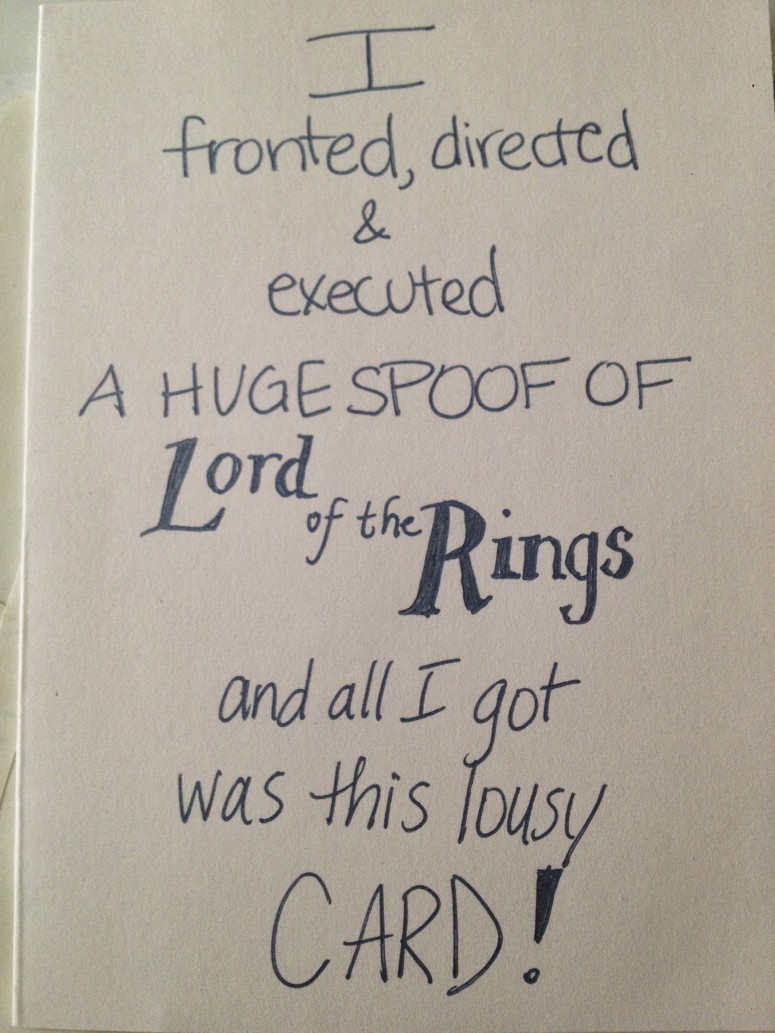 It was called The Fellowshp of the Unholy Toering. The script was totally stolen from a site that tried to write “Fellowship” as if it were written by Monty Python. There were moments of creativity where the girls did make their own skits.

The film was never finished, but their friendship became strong. Every year around winter finals, the girls would get together (dress up in the costumes of the never finished movie) and go see the opening day. It was awesome

I am still friends with these girls. We have gone through thick and thin through our high-school, university, and adult days but we are still very close. We are family.

We are those friends who can go on not-speaking to each other for months (or even years) but once we are in the same room together (or even on the phone) it’s as if time has never passed.

We have been looking forward to this wedding for a long time. There are still more in the Fellowship to be married (myself included) so there will be more excuses for Fellowship reunions. I was also excited because it was a golden opportunity to introduce Thorsten to the group….as a group.

He’s met a few of the girls already but one on one. Individually we can pretend to be normal but once you throw all of us together then it’s like The Hangover but nerdier….

I hope you enjoyed this unconventional post because I enjoy living it :-D

3 thoughts on “History – The Fellowship”