Well, first I must say that after such a wonderful day, Thorsten and I got really bad sun burn……thus we got burnt very crispy.  But the day was totally worth it!

To give you an idea at the epicness of our adventure today, I have supplied a pretty map that we purchased as well as the a marker showing all the places we went to during the day:

1, So first we went to the White House and the Executive Building because it was just around the corner from our hotel: 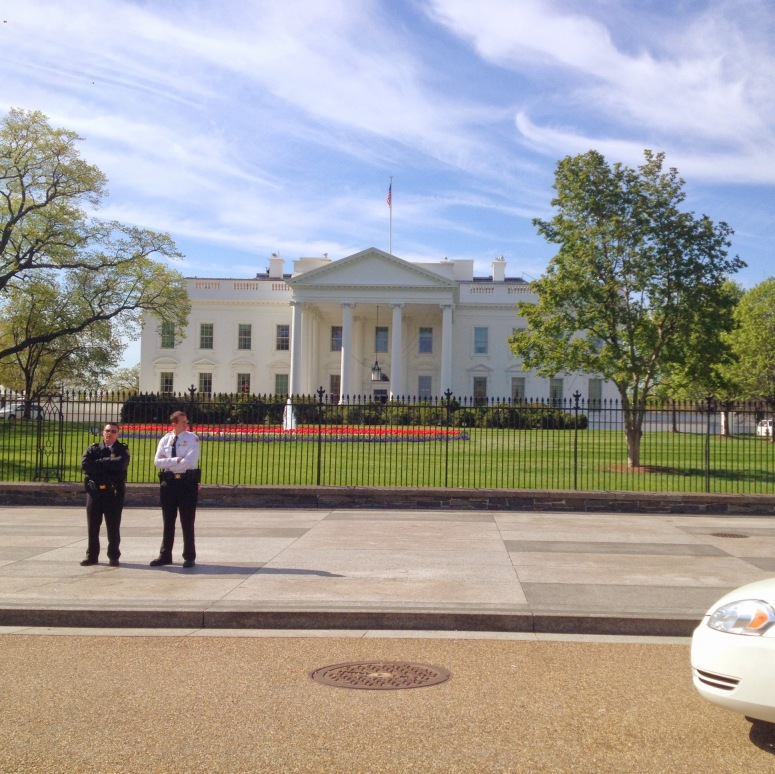 Then of course we had to have breakfast so after a quick Yelp search we discovered Bread Line.  It was a marvelous and cheap little sandwich place where we got a great amount of food at a reasonable price:

Once we got food in our belly, we finally started our day.  As we headed south, we came a crossed the South Lawn of the White House where the Easter Egg Roll was taking place. 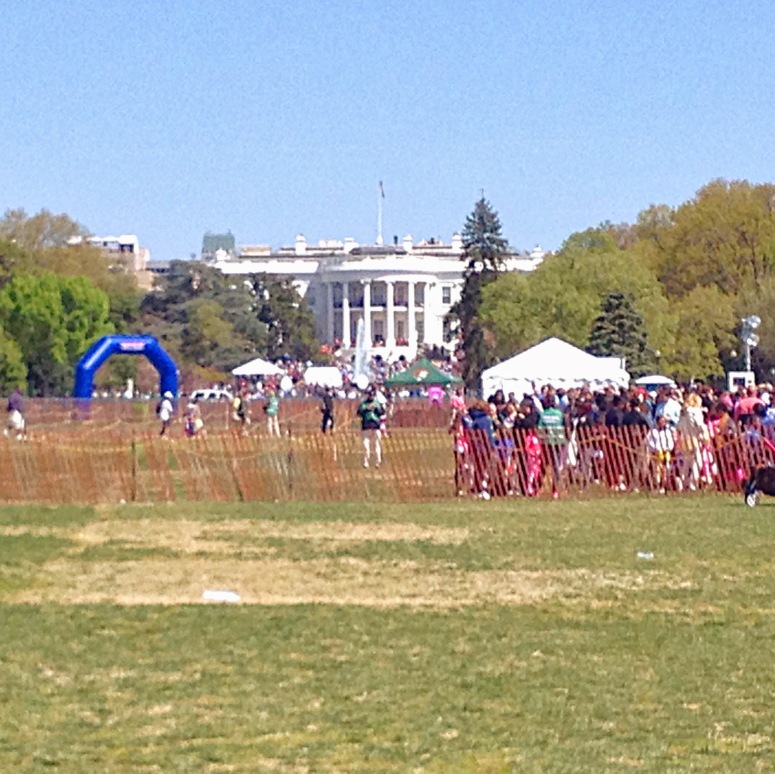 2. Then just behind us was the glorious Washington Monument. 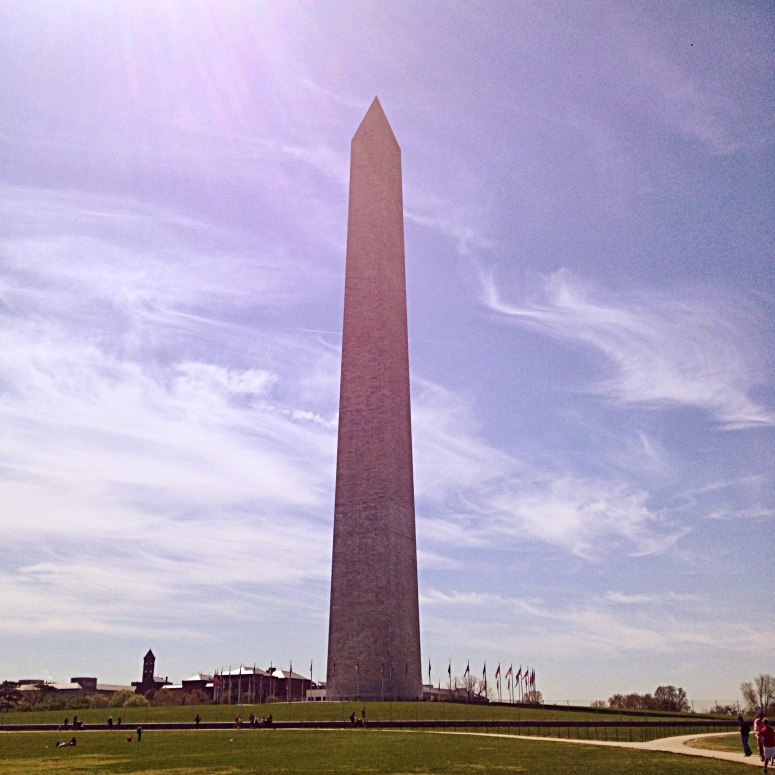 We also took the opportunity to take a selfie:

Then we made our rounds to the big monuments:

As we rounded to the next memorial, we noticed that there were still a cherry blossom or two in bloom:

Then continued on to the next:

to start our tour of the National Mall to the Capitol Building:

After that we went over to the National Archive to see the Declaration of Independence, Bill of Rights, and the Constitution.  No photos were allowed so none were taken 😦

After that crazy adventure, we hit up the closest Starbucks for some cake pops and frappuccinos….

Then went back to the hotel and rest before we were to have dinner with some friends.  We ate at a very popular restaurant called Founding Farmers.  Thorsten and I both highly recommend you eat here if you are ever in the area.  The concept is quite amazing: this restaurant is completely sustained by a local union of farms.  Everything from the dressing to the beers is created by the crops and animals of these farms.  This way you not only know where your food is coming from but you also know the care going into the ingredients.  You can literally taste the love in the food; it is amazing.

It was a very long day in Washington but wonderful and totally worth it.  We will be heading to New York City the next morning and we will spend most of it on a train so we will be getting rest then.  Some much needed rest.

It was a great opportunity to catch up with friends from IU as well as an old friend from my time in Sevilla, Spain.  Randhal and I have not seen each other since we left Europe back in 2008 to we hope that we don’t go another six years before seeing each other again 😀

For the rest of you travelers out there: what places do you enjoy seeing in our Nation’s Capital?