For the first time since April I have found myself with less and less things to do on my “To Do” list. Since I was officially given my position here in Germany I have been running around like the proverbial chicken with its head cut off with packing, selling, donating, moving, getting Abner ready, finishing projects at work, then flying here, setting up my bank, phone, apartment, find new apartment, shit with bank keeps getting messed up, foreign paperwork, getting registered….good…..Lord!

Granted, things will pick back up again in teh last week of August where T and I will be completly moving and furnishing our new home. But in the meantime, my life has slowed down a lot.

And I love it.

So what have I been doing wirh this sudden, new found free time?

Since I got on that place from Chicago to Frankfurt, I have read more books than I have in a long while. It’s still not as fast as my peak days of binge reading but I do love having the free time for this.

So what have I read?

“The Fault in Our Stars” – John Green

So now I am more than halfway done with the book that has the readers buzzing:

“The Queen of the Tearling” – Erika Johansen

This book got a movie deal with Emma Watson (Hermoine from the Harry Potter movies) before it was even published.

Needless to say that there’s a lot of hype. Here’s the Goodreads summary.

Kelsea Glynn is the sole heir to the throne of Tearling but has been raised in secret by foster parents after her mother – Queen Elyssa, as vain as she was stupid – was murdered for ruining her kingdom. For 18 years, the Tearling has been ruled by Kelsea’s uncle in the role of Regent however he is but the debauched puppet of the Red Queen, the sorceress-tyrant of neighbouring realm of Mortmesme. On Kelsea’s 19th birthday, the tattered remnants of her mother’s guard – each pledged to defend the queen to the death – arrive to bring this most un-regal young woman out of hiding…

And so begins her journey back to her kingdom’s heart, to claim the throne, earn the loyalty of her people, overturn her mother’s legacy and redeem the Tearling from the forces of corruption and dark magic that are threatening to destroy it. But Kelsea’s story is not just about her learning the true nature of her inheritance – it’s about a heroine who must learn to acknowledge and live with the realities of coming of age in all its insecurities and attractions, alongside the ethical dilemmas of ruling justly and fairly while simply trying to stay alive…

While I am enjoying the book, I don’t like that they are calling this the ‘female Game of Thrones.’

Since George R. R. Martin’s series (actually called) A Song of Ice and Fire is genderless it its marketing, I find this comparison sexist and insulting. Any fan of all things Westerosi will find this books pales in comparison.

But I am still entertained.

I will put a full review of it when I am done but in meantime I am just enjoying the ride.

Since I am almost done with this one – what will I be reading next?

Because I need some smut involving hot men, sexy accents, and kilts…. 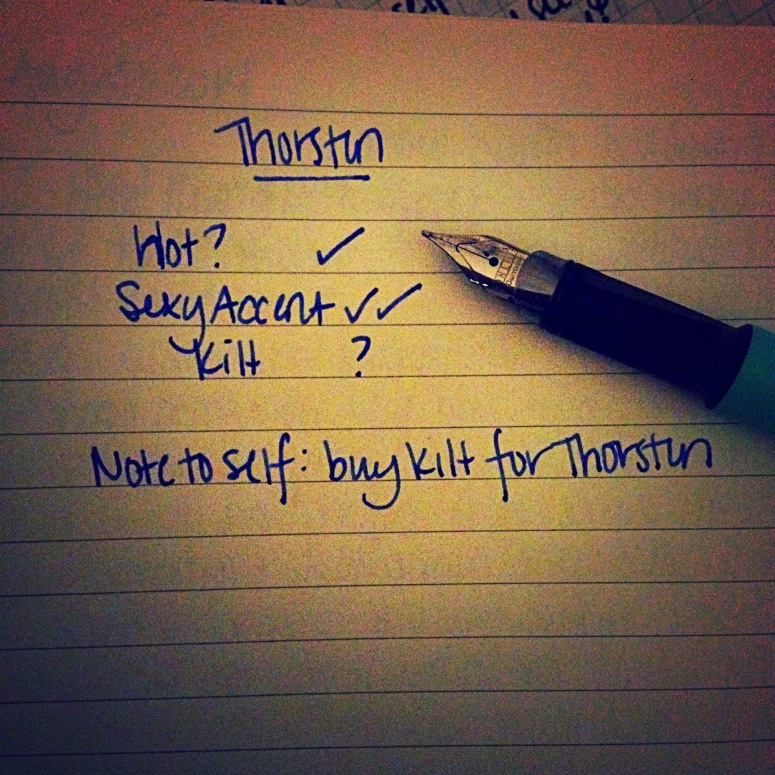 On that note, I’ll see you guys on Monday!

2 thoughts on “Currently on a Book Binge….”