So this last Saturday was a very tiring but fun-filled day.  T wanted to climb up two castles that he daily drives by on his commute to work: Hohenkrähen and Hohentwiel.

Part 1 of this adventure began with Hohenkrähen.  Hohenkrähen was built sometime between 1180 and 1190 AD.  It was unfortunate that the day was so crappy but what view we could see what amazing.  So we started climbing. 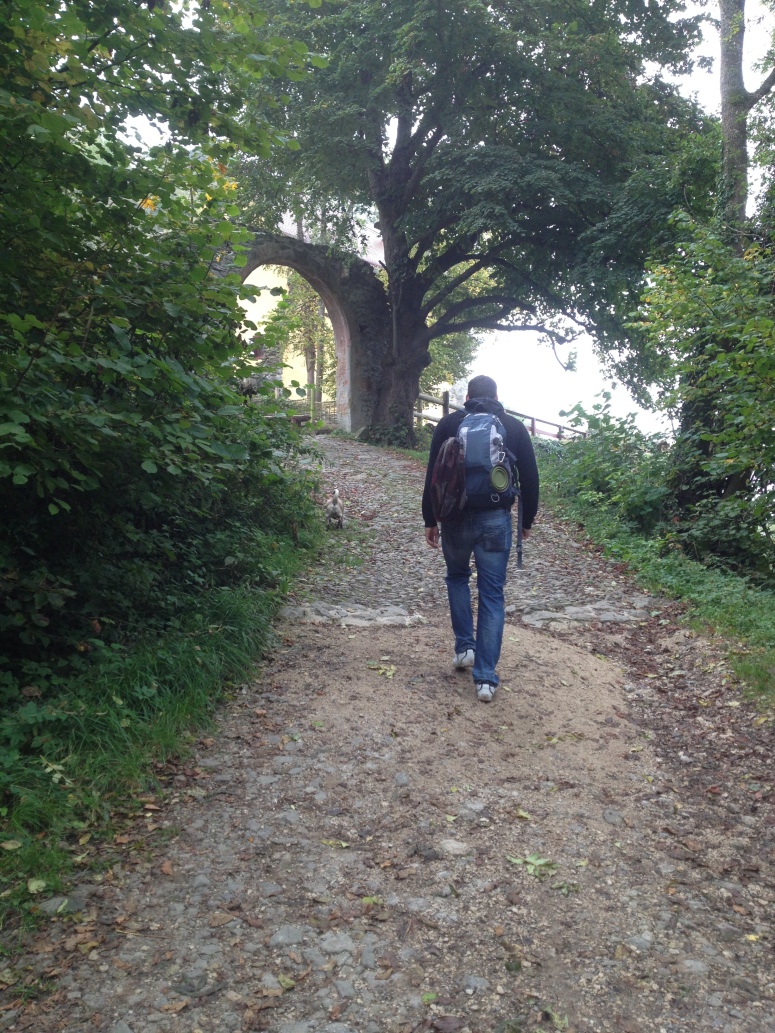 We decided to be adventurous and stray from the path (and take the harder, steeper road).  It was hard and fun.   There was T with his long legs and Abner with his infinite energy……and me huffing and puffing my way behind them.

We made it up to a house (where someone apparently was living).  Next to the house was the final path up to the ruins….there were no stairs – just rock and a steel cable.

So we climbed it.  I feel that we definitely leveled-up after this. 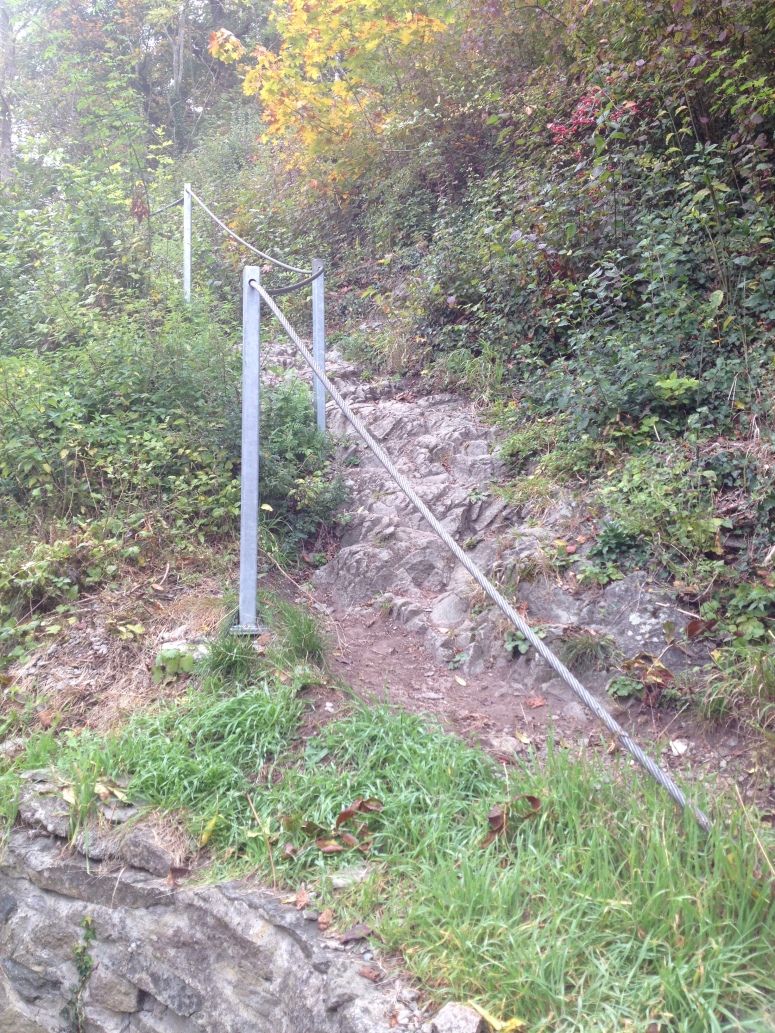 We found out after the fact that a lot of people won’t climb this castle because it is considered very dangerous.  Of course when we heard this, we gave them smug smiles…..cause we are total badasses.

The view was foggy but still breathtaking….

I kept saying how this would be a cool place to hang out on Halloween.  There were even some marks of bonfires which suggested that other people thought the same thing.

Once at the top, we had to get vain and take some photos: 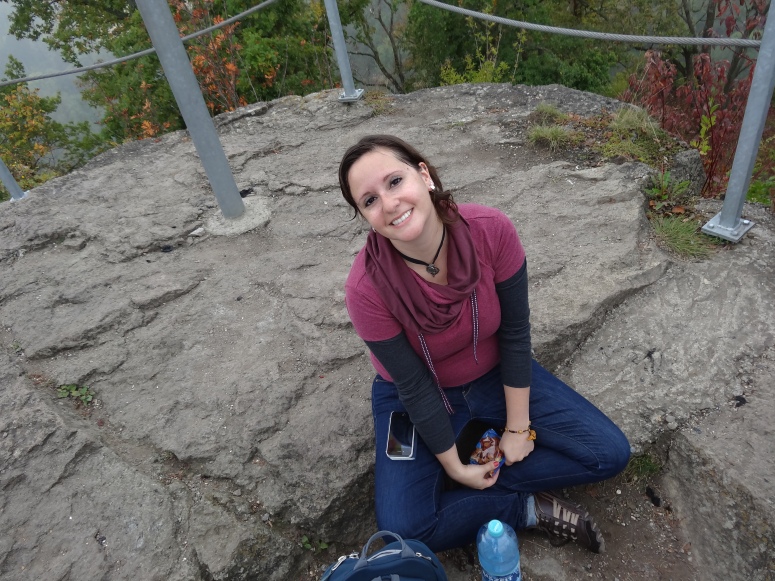 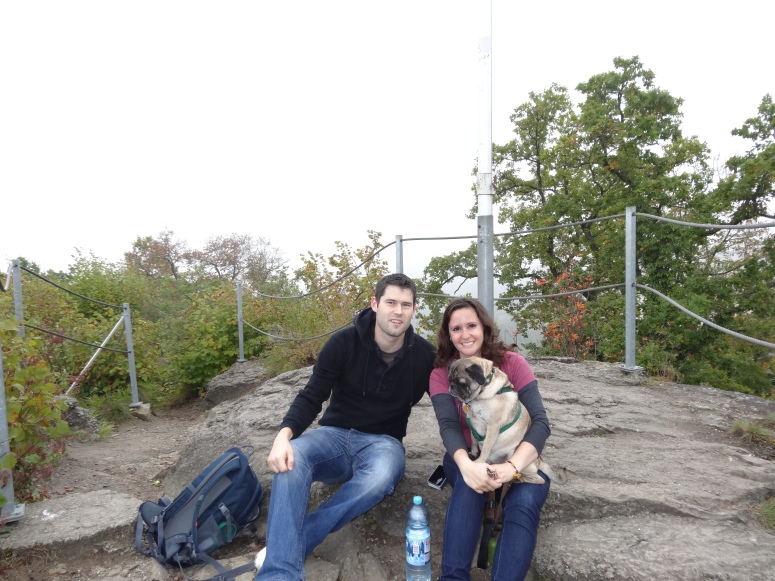 So that’s all for now….part 2 of our adventure will come on Wednesday!

2 thoughts on “How We Leveled Up in Badassery….”