We interupt this regularly scheduled post to give you an ‘awwwwwwww’ moment.

A few weeks ago, a co-worker approached me because her daughter, Daniela, wanted an American penpal.  She asked if I had any girls about her age in my family…..

We are mostly girls in my family so that was easy…..I was able to give her two penpals: my Goddaughter Christina and my  neice Katelyn. Daniela, according to her mother, has been over the moon happy with her new friends.  Apparently she gets up even earlier for school to check her email.

Anyway, my co-worker pulled me aside today to tell me that her daughter has been so happy that she wanted to thank me:

She baked me a cake! Also, she wrote a sweet little thank you note to go along with it.  It definitely tugged at my heart strings.  I didn’t expect such a thank you.  I just enjoyed that I could bring two worlds together among these girls 🙂

And now for something completely different….

So the next part of T and my craaaaaazy Saturday, after our descent from Hohenkrähen, we stopped at Radolfzell for a quick bite to eat: 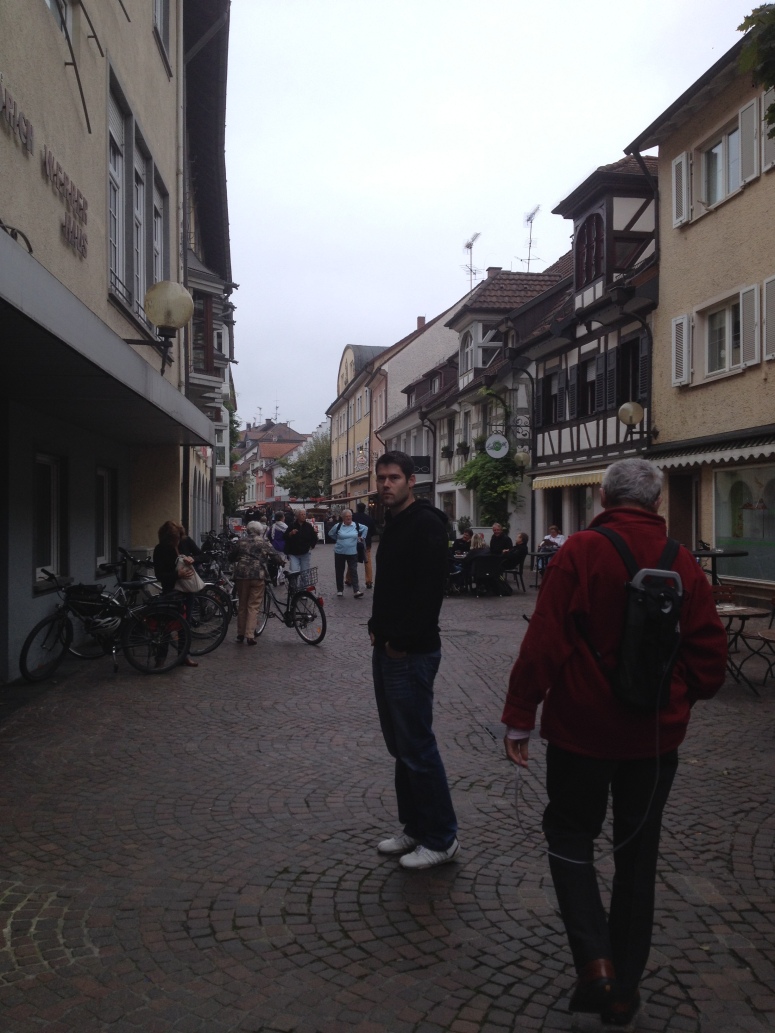 Anyway, I didn’t take photos of our food because we were starving by the time it came and we wanted to eat!

So afterwards, we hopped back in the car and headed towards Singen where our next castle was: Hohentwiel.

Hohentwiel was a beast compared to Hohenkrähen.  It is actually the largest ruined fortress in Germany and they weren’t kidding:

This is what Hohenltwiel looks like on a good day:

Unfortunately the day we went was not one of those days.  Also, after climbing Hohenkrähen it was a workout.

After a climb we came a crossed the entrance.  Through the tunnel took us to another entrance: 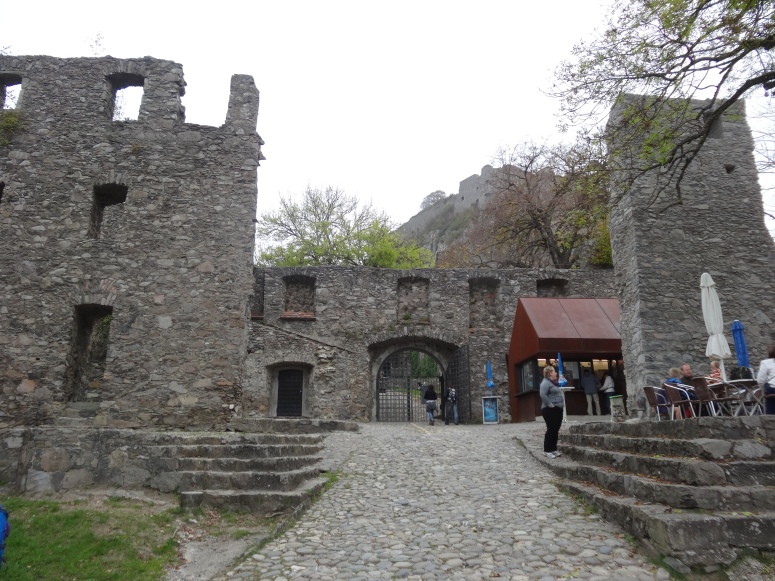 As you can see in the far end of the photo…..there was still some climbing to do.  But first! Photos! 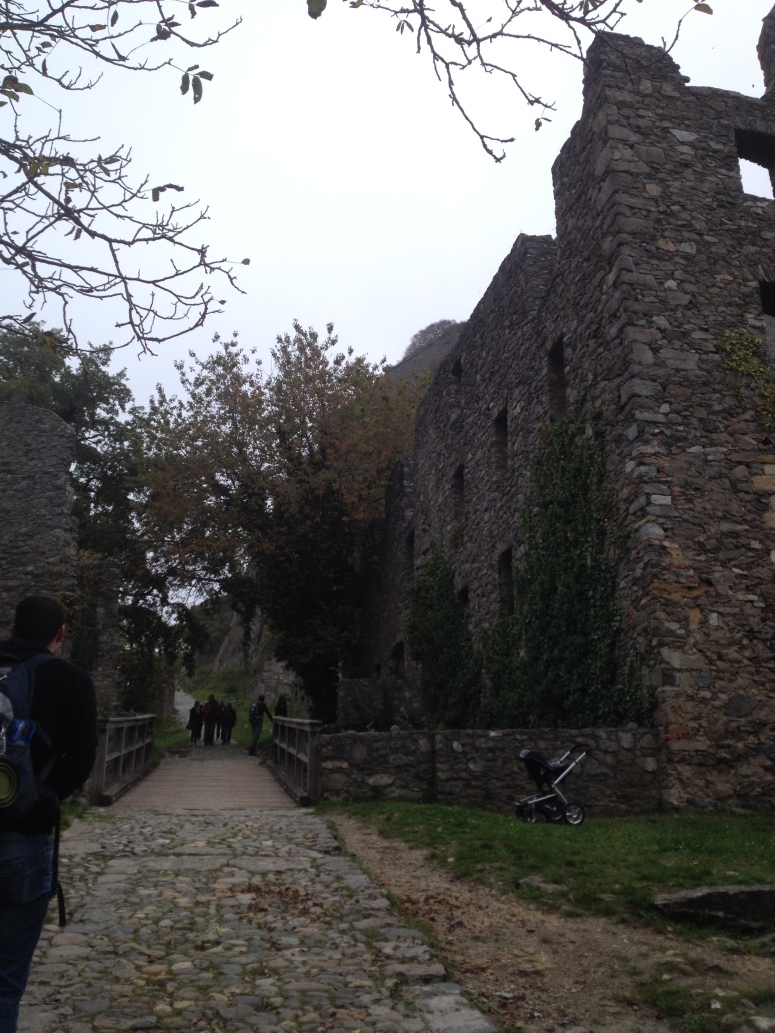 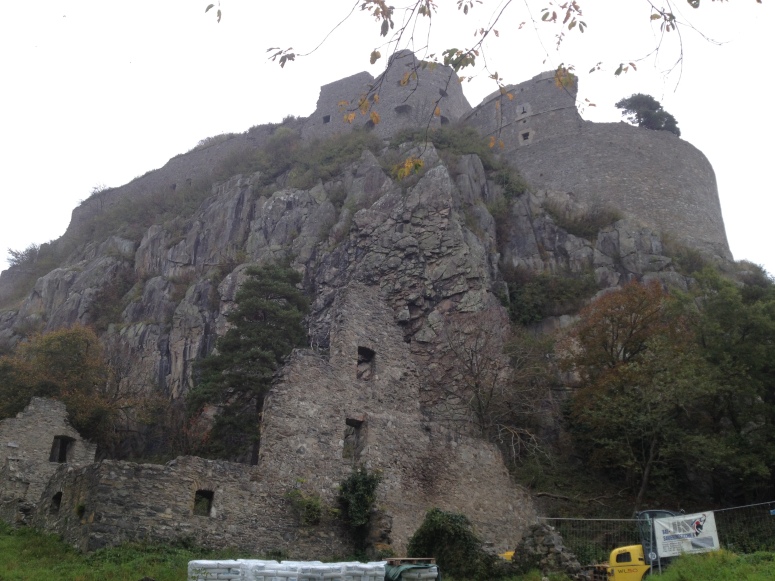 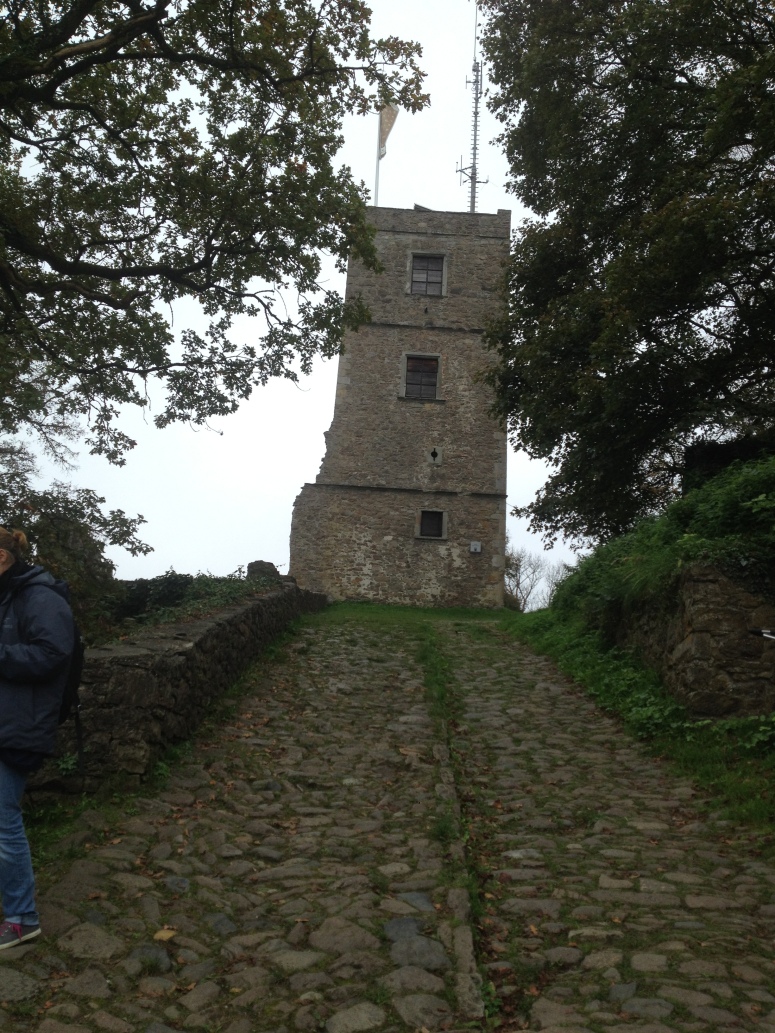 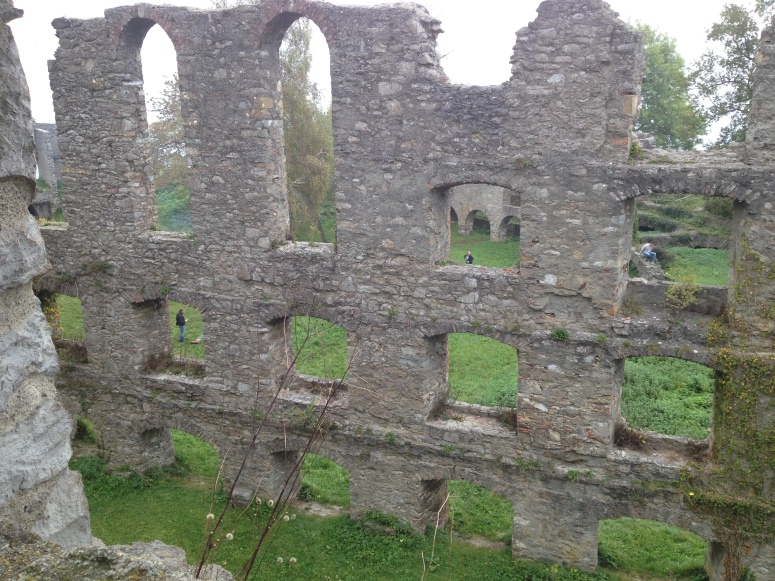 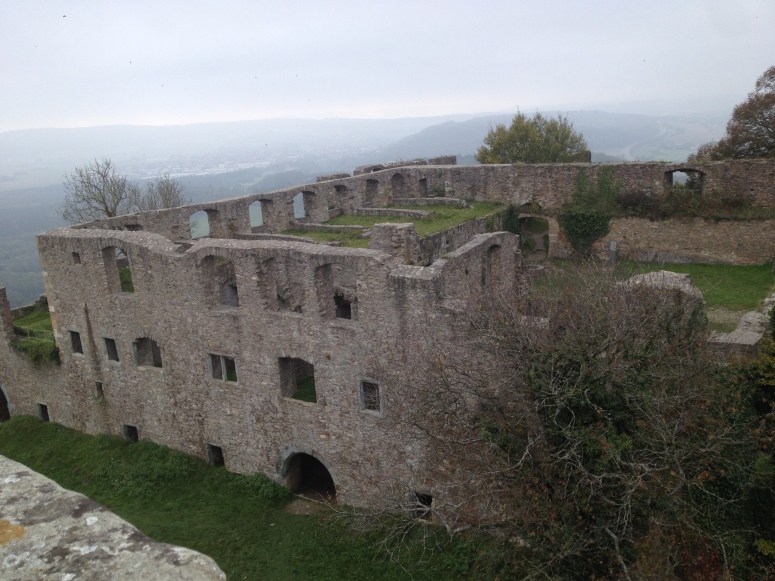 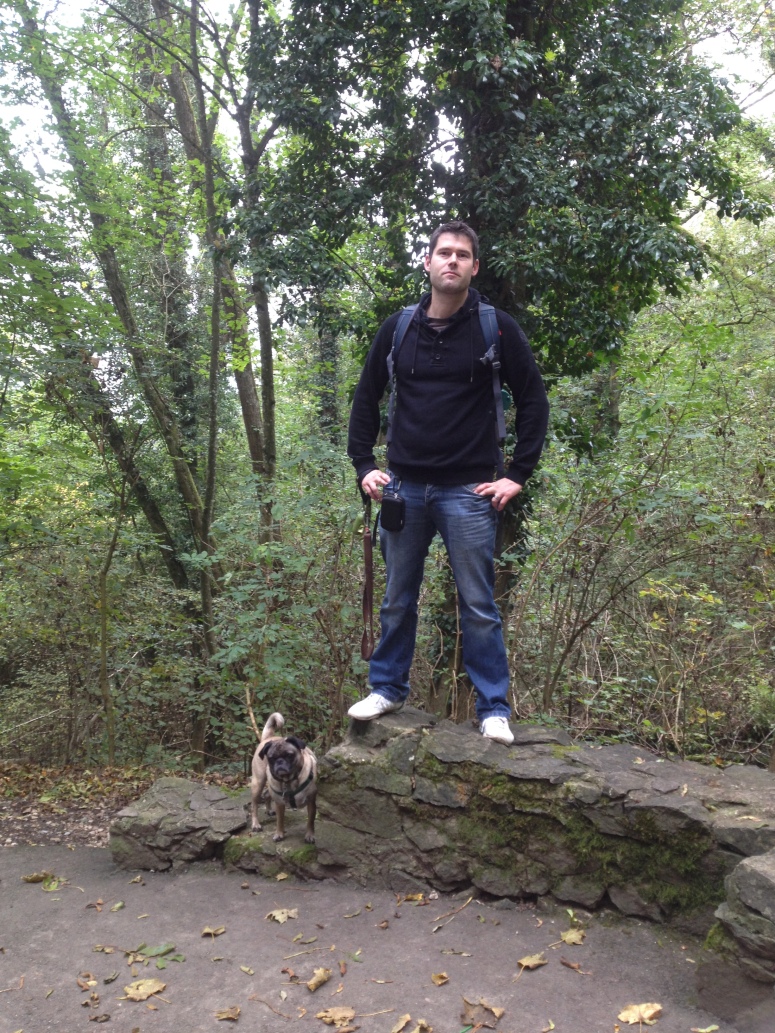 These were just my photos…..here are some from T: 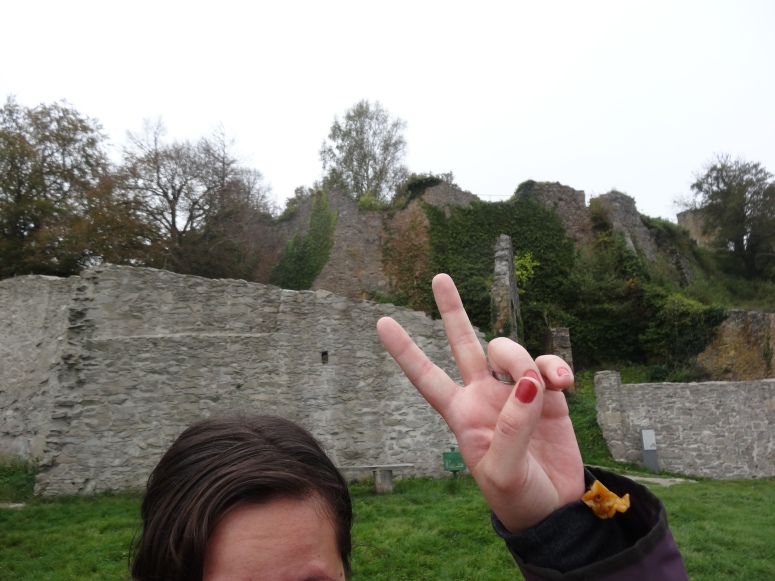 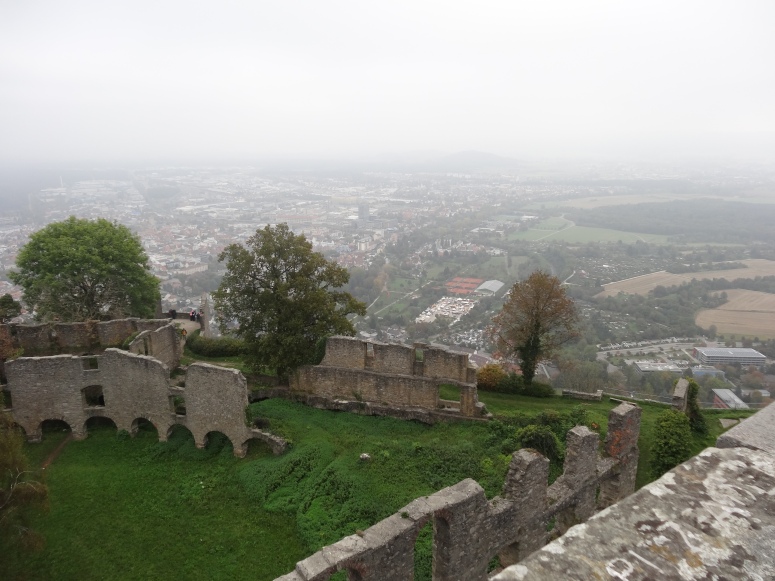 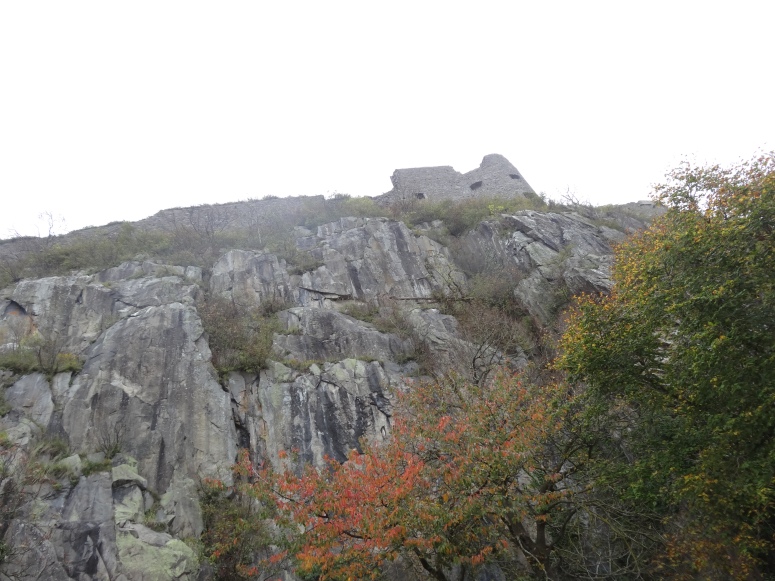 Yeah….the beast was huge! There were a few other gems I wanted to point out:

There were also people dressed in costume! Why? Well you will have to tune in on Friday to get the answer to that questions!

Do you know what I am talking about?

Well, for the non-nerds out there: Rohan is the a kingdom of Men from Lord of the Rings.

This is Edoras – home to the king of the Rohirrim.  I guess if you compare this with Hohentwiel you could say they are very similar

But I still think it is more like the Eyrie from George R. R. Martin’s A Song of Ice and Fire:

Ok….so maybe they are a little different, but the climb appeared just as extreme 😉

8 thoughts on “It’s the Eyrie or Rohan…..You Choose”