As I sit here at my computer, being sick for what feels like the millionth time since moving to Germany….I count my lucky stars that I am in a country that doesn’t make me bankrupt for my lack of healthiness.

What happened? Well, I got something in my eye that scratched the hell out of my cornea.  Whatever it is is now gone but has left my eye severely swollen and red like I was one of those victims of the rage virus from 28 Days Later…..

I went to work yesterday to at least try, because I felt bad missing a day.  However, my coworkers took one look at me and said I needed to go to the doctor.

Back in the states, I would avoid going to the doctor mostly due to costs.  It is common in the states to consider your wallet before your health.  In the US, you have normal health insurance, eye insurance and dental insurance and a lot of people don’t have the latter two.  In Germany it’s all inclusive.

Of course I went and got my medicine and walked out without paying a cent.  I also got a note saying how long I was to stay off of work (because I work in a lab) as well as another appointment for tomorrow to make sure my eye is healing the way it should.  I hated follow up appointments back in the states because I would have to still pay that $40 copay each time even if I saw the doctor for all of five minutes (if I saw him at all).  I saw it as another way for the doctors to charge me.  Here in Germany, I still won’t pay a cent for my follow-up.  It’s the first time in a long time where I feel like my doctor actually cares about my health as opposed to how much money they can get out of me.

I say this, but I know plenty of doctors so I know that not all of them are that way.  However, I have still encountered those people in the medical practice that have only looked at me with dollar signs in their eyes.

I don’t like taking the time off I was assigned by my doctor.  I am so used to the states where we could be on our death bed but if we don’t have sick days then we go in and deal with it.  Or if you are really sick, then you take just one day and hope you feel slightly well enough to go back into work the next day.  You only get maybe six days to be sick a year so you better make them count.  Otherwise, you will find a way to get your work done.

Yesterday, as terrible as I felt, I tried to justify going to work.  T agreed that I should at least try but in the end “if you are sick, then you are sick.”  It happens.

I know this but I still couldn’t help think that because I wasn’t on my deathbed, then it’s not an excuse to miss work.  I know a lot of people in the world wonder why we Americans work ourselves to death.

I believe this has to do with our past of being a country of immigrants.  The people who came to my country came with nothing and expected no handouts.  Vacation was a luxury for the rich and if you were sick and can’t work then you get no money for your family.  These early Americans just made do and worked hard and prospered.  We have long since moved from that as the following generations since lead more stable lives.  But we have gotten so used to valuing our self worth based on the hours we clock at work that we forget that we can afford these luxuries now (healthcare and vacations).  The rest of the world has quickly figured it out but Americans haven’t and the subsequent generations are burning out. 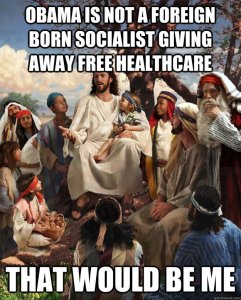 I think with the rise of Generation Y and Millenials that Americans will finally start catching up.  Unfortunately we still have to wait for those pesky Baby Boomers (those born after World War II) to retire and finally relinquish their power.

Until then, I will gladly take my German Socialized Healthcare and be grateful that I no longer have to pay $2500 for a simple catscan.  I will now go back to sitting in the dark and rub more antibiotics on my eye.  That’s right, I said rub. They aren’t drops but a salve that I rub…..on my eyeball.  It’s an experience.

What about you? Expats, what experiences have you had with non-American Healthcare?