This last weekend, T and I made our way to his hometown for the first weekend of Carnival (know around these German parts as Fasching).  Also, yes I said first weekend because next weekend will be part 2.

In the meantime, I am sure the American readers out there are somewhat familiar with the idea of Carnival: It’s very much a European/Central/South American tradition. It’s the festive season before Lent. Mardi Gras is the closest thing we have in to Carnival in the States but this German version doesn’t have Mardi Gras beads that you earn by taking off your shirt.

But there are costumes!!!!

I love costumes.  As a kid, Halloween was one of my favorite holidays because every year my mom would make my costume and I could pretend to be someone else for the night…even if I had to wear that stupid turtle neck under my Pocahontas costume so I wouldn’t get sick.

As I got older my outfits ranged from the cutesy:

So even though I don’t get my Halloween as much as back in the States….at least I get my costume fix through Fasching.

So the question is….what did we dress up as for this Faschin?

The answer is in the title: Pirates!

By the way, I told everyone that I was the Captain and T was my First Mate who did all the manual labor while I took home the booty 🙂

The whole event was organized through T’s sport club.  It looked amazing! 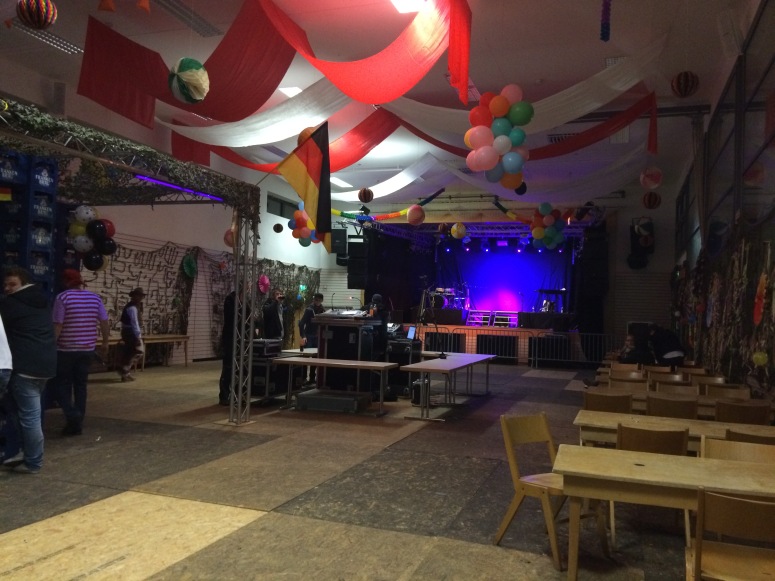 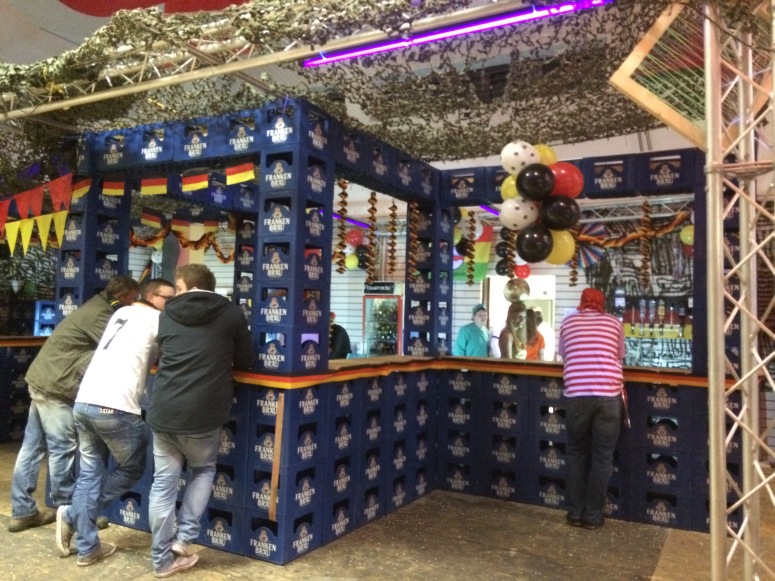 This was the main hall. But if you walked around, you would find several other bars each with different themes: 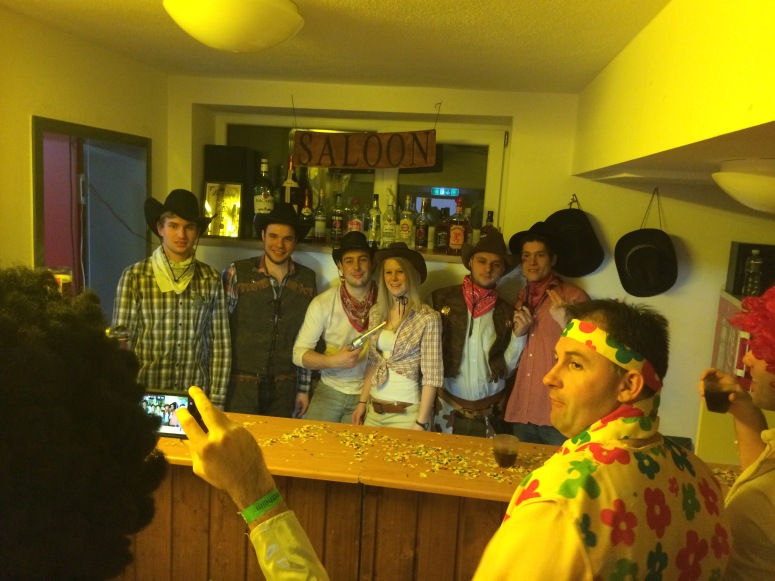 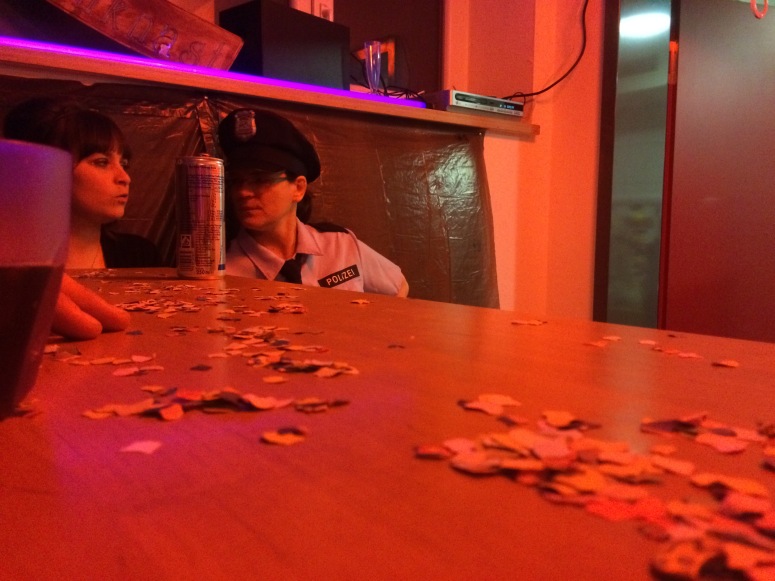 There was also a couple of live bands (notice that they were in traditional Bavarian clothes: 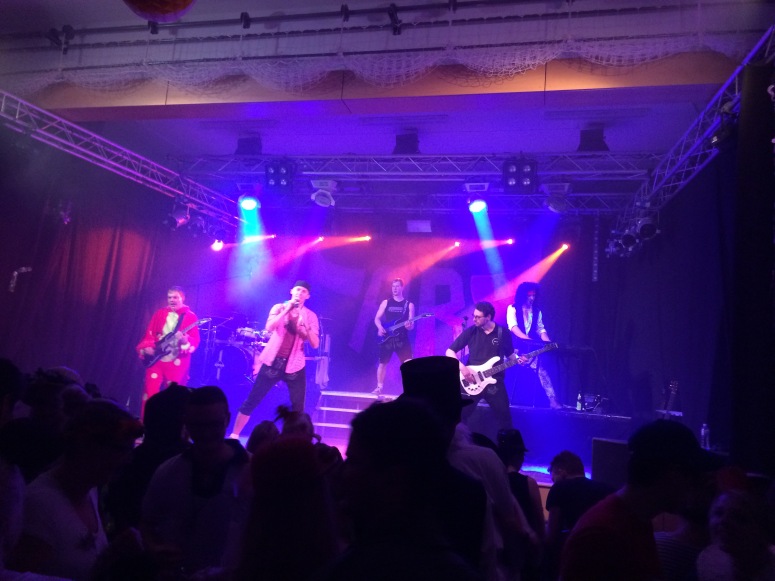 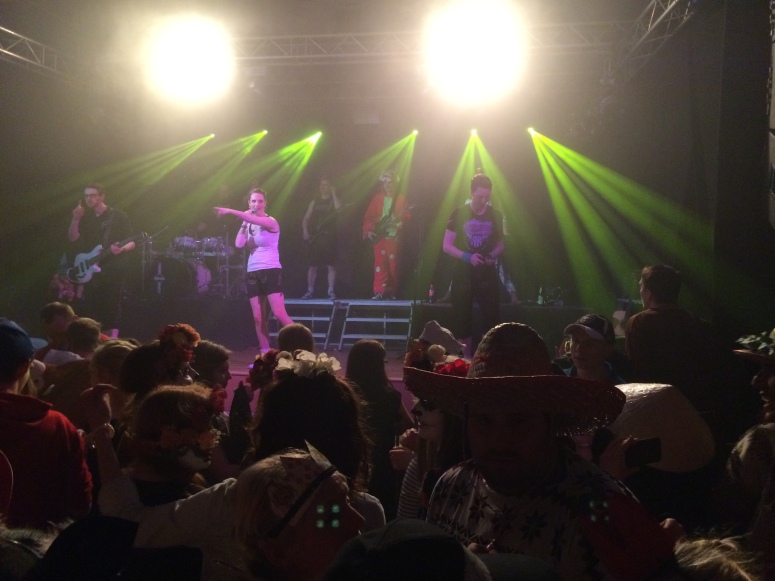 If you were wondering who you were, the main band was AlmRocker.  They were a blast!!! I highly suggest going to see them play if you have a chance! Check out their Facebook page.

There were over 1000 people there….it was quite epic!!!! The next week will be a little more low-key (~300).  I am very proud of these folks for bringing together such a cool and epic event. Can’t wait to return for more fun next week 🙂