This weekend, T was off with his friends on their annual ski trip.  I decided that instead of being the usual lazy bum that I am – Abner and I would go on a little road trip: 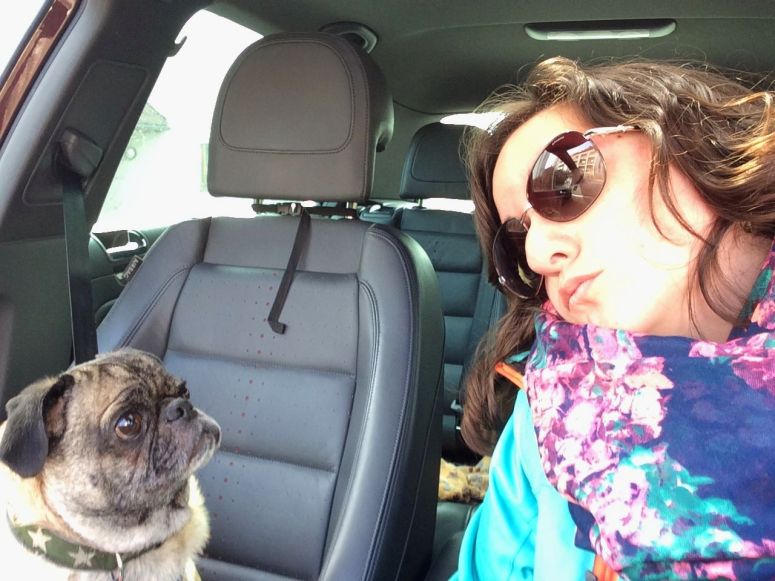 Where did we go? Neuschwanstein. 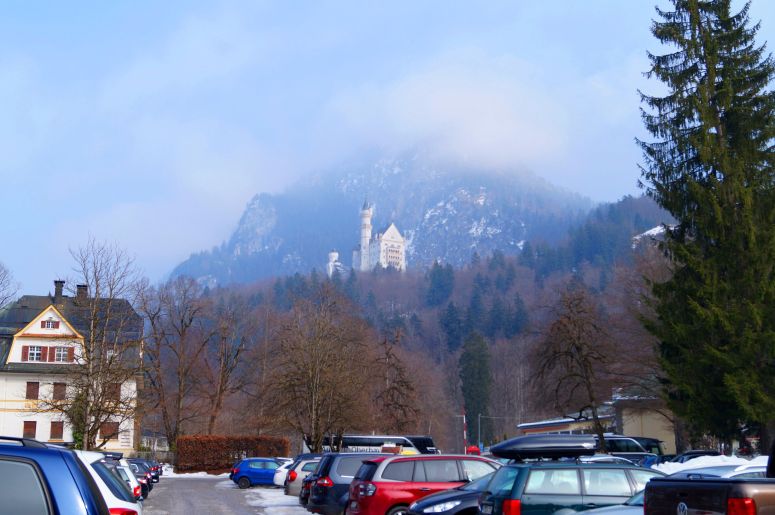 I wrote about Neuschwanstein in a much older post (in case you are interested in the fascinating history).  But honestly, does the prologue from Beauty and the Beast play in your head as you’re looking at this?

I definitely hear it.

Anyway, I will be going back to Neuschwanstein when we have guests, but I know dogs aren’t allowed inside and I really wanted a little photo shoot with Abner.

The castle is about a two hour drive from my apartment.  It was totally worth it:

When I first drove into the village of Hohenschwangau (home to another castle of the same name).  Abner and I came upon this beauty.  King Ludwig II (King of Bavaria and designer of Neuschwanstein) had Hohenschwangau built for his father.  I have yet to visit this castle so there will be another post in the future.

In the meantime, we drove in and parked.  I immediately tried to get photos with Abner: 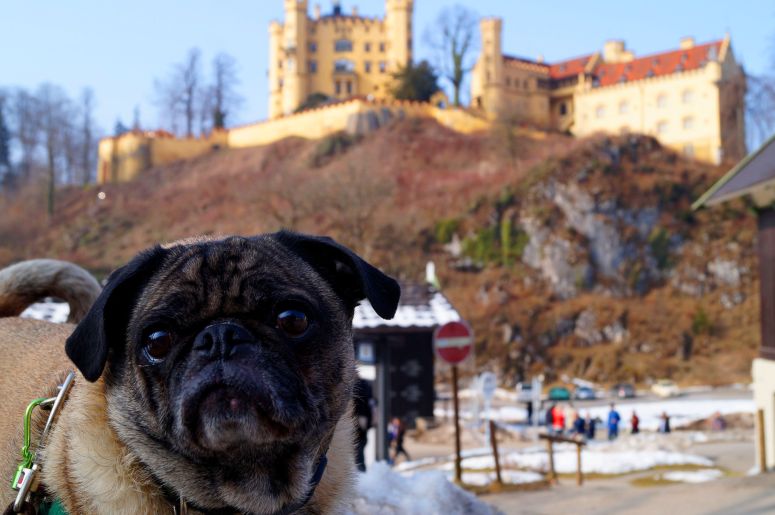 Then we started our trek. It takes about 30 minutes or so to climb up to Neuschwanstein.  Or you can take a horse-drawn carriage:

I met a lot of nice people (mostly American tourists).  It was all because of Abner, of course.  Who could say no to that face?

The hike was gorgeous – all woods with a little waterfall:

We got to the final stretch, represented by this adorable restaurant:

It’s here I got the money shot:

Abner from a previous visit to the Disney castle….he wasn’t impressed 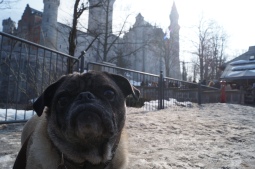 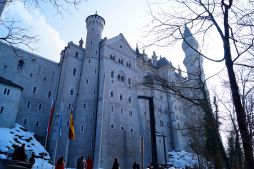 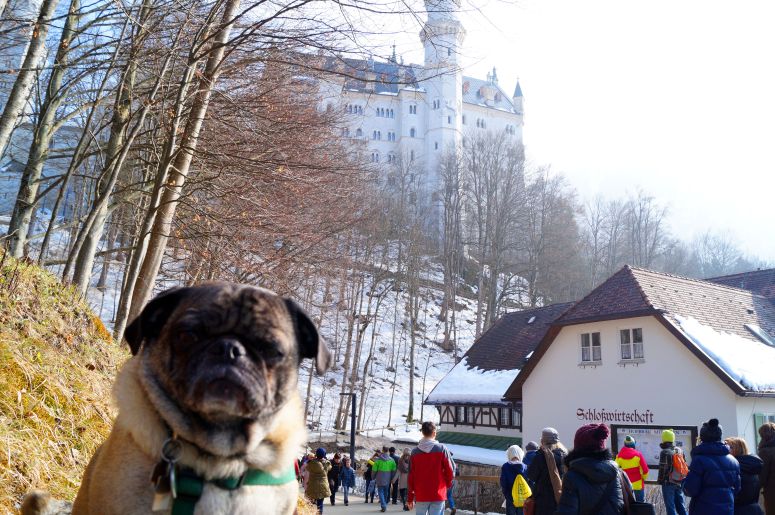 I wanted a bigger version of this photo so that you can see that Abner was just not impressed.

We got the front gate.  As I have stated before, I am quite sure dogs are not allowed in (Abner was covered in mud at this point anyway so even if they were someone allowed in – I would not have taken him)

That’s about as far we got for this trip.  But it was a blast! Abner was such a good little model and I thoroughly enjoyed my time with someone who could be payed in treats. 🙂 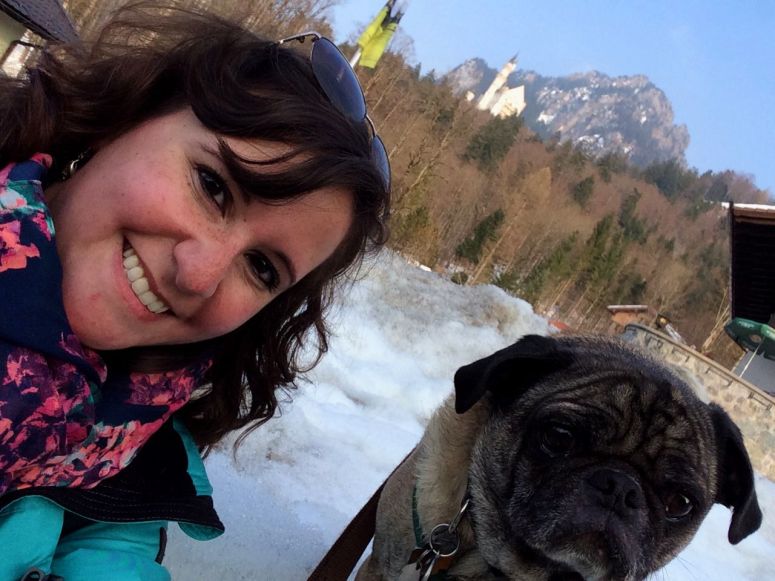 5 thoughts on “Abner is not Impressed with Disney Castles”