So the cat is out of the proverbial bag – some of you who know me via Facebook have noticed my mother’s grand announcement over the weekend:

T and I are engaged!

This was actually the news that I wanted to give last Friday; however, two things dawned on me:
1. I have grossly underestimated how little time I had while I was in Indy (the big reason why I had no posts last week)
2. I still haven’t told all of my family of the engagement.

We broke the news to my mom’s side of the family over Easter.  I wouldn’t have been cool to tell my audience before telling my family.

Sorry guys, I love you all but the family does have a bit more priority.

T and I wanted to go to the Grand Canyon while we were in Vegas.  Unfortunately helicopter rides from Vegas to the Canyon are hella expensive.  We tried our hand at winning money at the slot machines for a ride – but of course that didn’t happen.

Then T decided to rent a car – this is what we got: 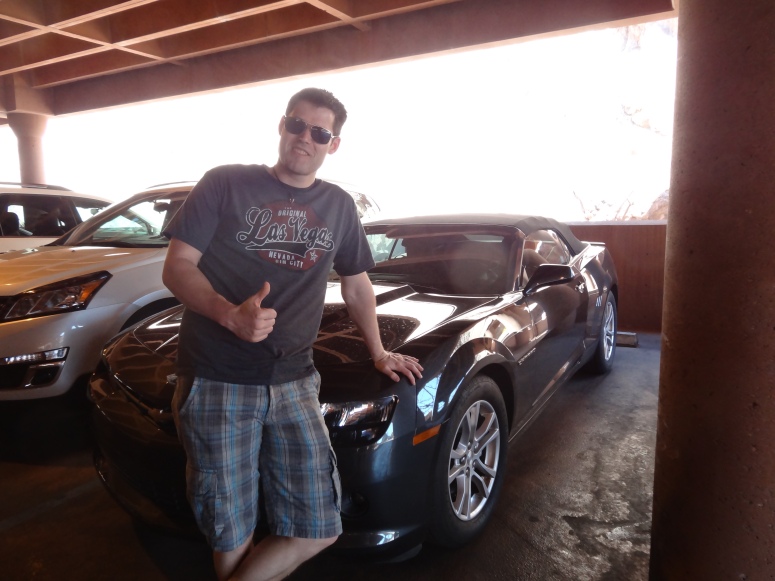 He said he wanted an economy car……he didn’t put up much of a fight when this was brought to him.  (Actually he was very confused how a Camaro was considered an economy but it was all they had).  He actually wanted to run a quick errand before our trip – but I was sitting at the hotel waiting for him. He then picked me up and we started with our first site: The Hoover Dam.

Traffic sucked getting out there.  The only road to get to the dam was under construction which  blocked traffic in both directions.  Blargh. But we made it and it was good. 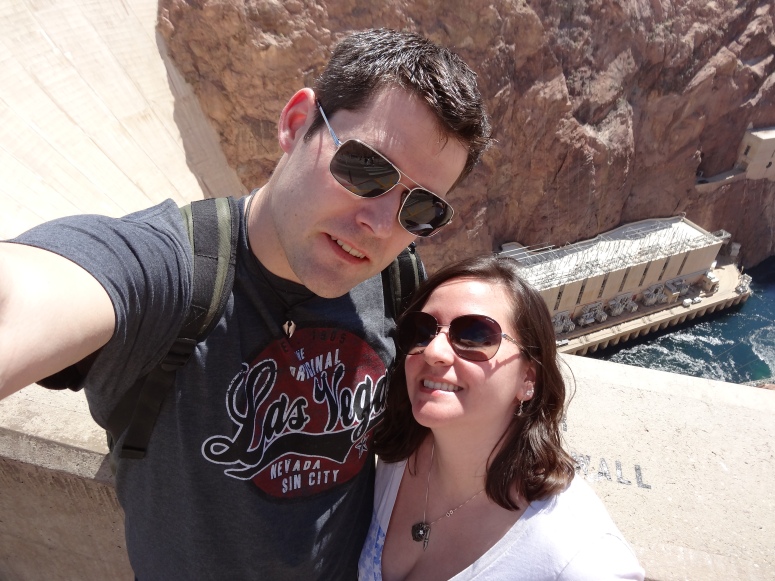 Honestly, all you can do is take selfies and walk the length of the dam and back. The view was cool

and the gift shop was cool but it was still a two hour drive to the Canyon.

So we were off! 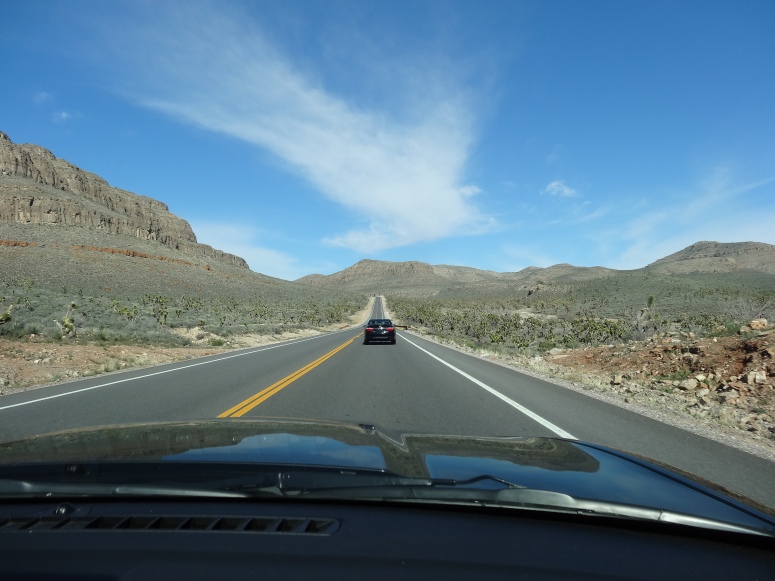 The drive was gorgeous.  The landscape was something out of an old Western film.  Or at least Back to the Future part III – yeah, I went there.  I wanted to get on a horse and ride into the sunset or at least do a little hiking. But remember…..two hours. Ugh.

T had hoped that we could literally drive to the edge of the Canyon.  Alas, it was not to be.  We drove to the west rim with the intent of walking on the Skywalk. What is that? It is a balcony that juts out directly over the canyon. We ended up not doing that.  In order to qualify to walk on the Skywalk, you had to buy the three Canyon tours (~$40) and then we could pay to go on the Skywalk (about ~$40) where we were not allowed to take anything (including a camera because there was a photographer waiting there for you so they could charge for that, too).

Hey to each his own.  I don’t want to crap on people who would want to go on the Skywalk. One of the tours took us next to it and it is an impressive site.  However, 80 bucks is quite steep so we just went for the tours.

The first took us to a little dude ranch close to the canyon.  It was quaint but not really on our list of the things to do.  We came here to see the canyon!!! But we did buy hot sauce.  That was quite important. 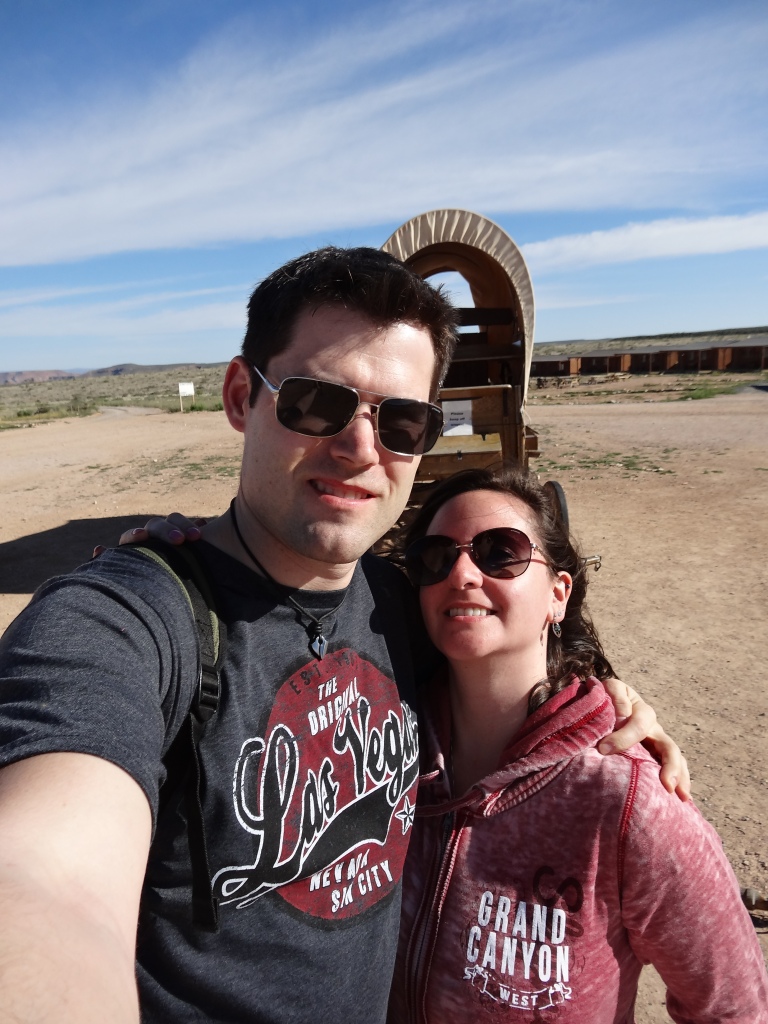 The second tour took us to Eagle Point (where the Skywalk is also located).  We quickly learned that we could get most of the same view (just not the directly looking down view) as the Skywalk which is really what we wanted.

These photos cannot capture the enormity of the canyon: 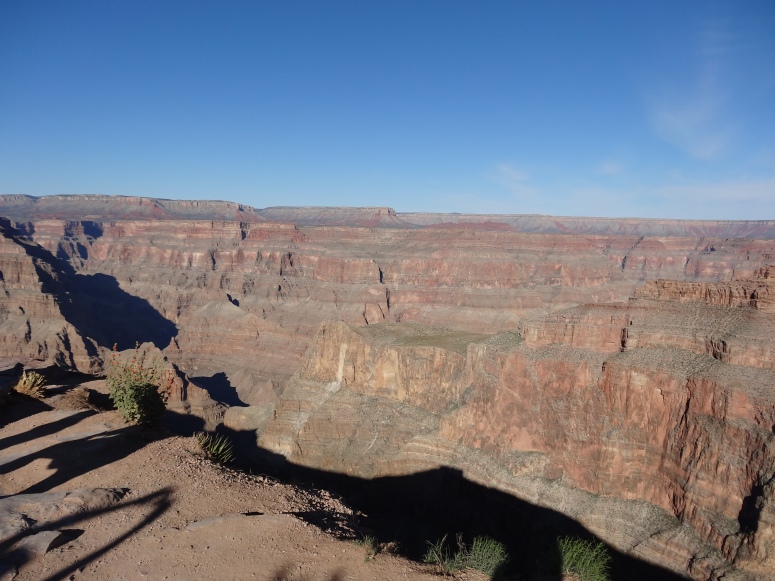 The third tour was our favorite: Guano Pointe. It was like a peninsula in the canyon.  We were completely surrounded by this breathtaking view. 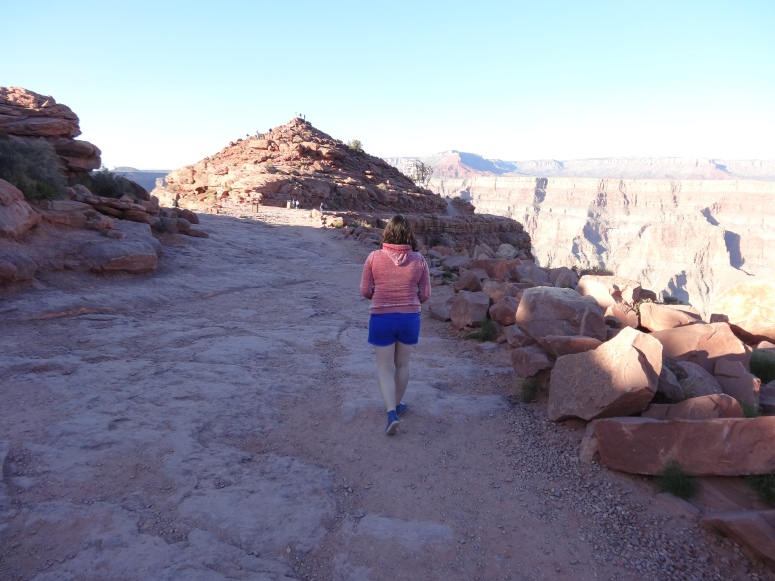 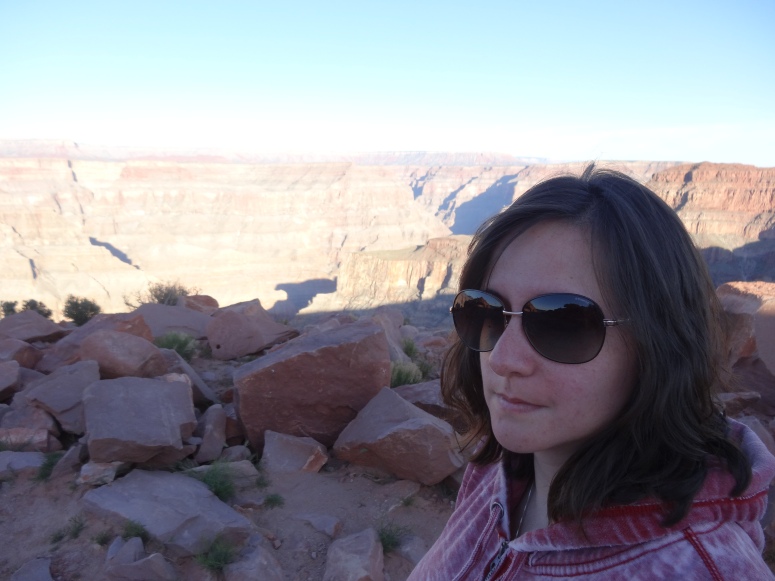 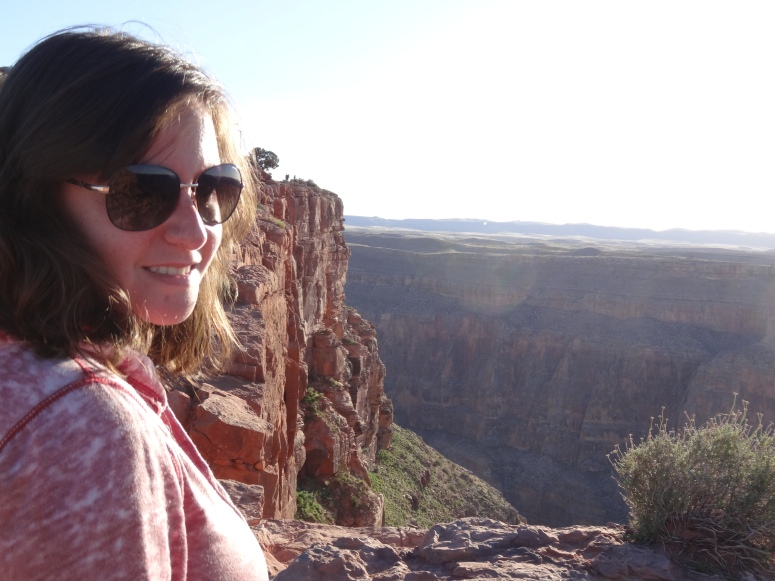 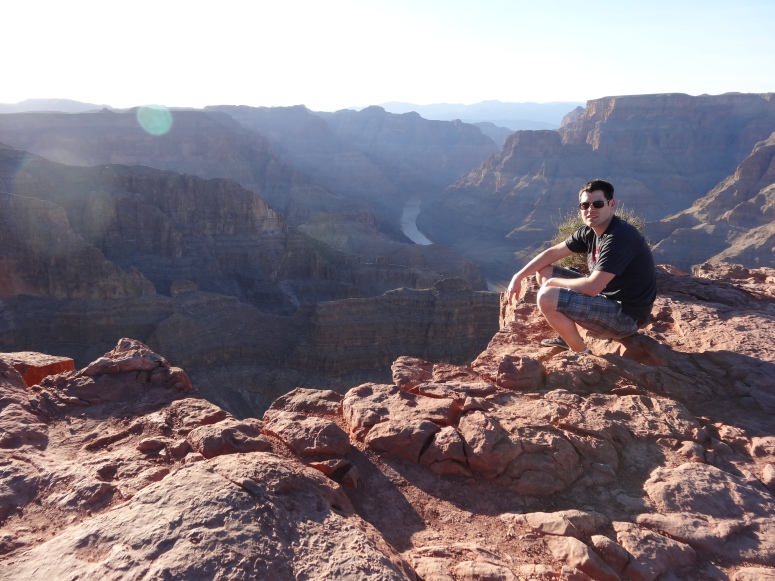 We walked around and tried to hike up the hill but my fear of heights got to be too much. I literally felt like I was going to pass out. I mean think about it….if one fell off the edge – you would have a straight mile drop before you hit bottom. If there was a railing, I would have snuck a peak over the edge.  But at the canyon there is nothing to catch you and I am not the most graceful.

But I sucked it up long enough to get photos taken.

After walking around, T stopped and gazed into my eyes before saying, “I have a question to ask you.”

He then got down on one knee.  I literally gasped like a Banshee….it wasn’t attractive.  But T made such a beautiful moment that was just ours. People asked if there were photographers or if other people noticed what was happening.  They probably did. I was quite loud.  But I didn’t care; it was a better proposal than I could have imagined.

Anyway, sorry for sucking at writing the last week and a half.  It was literally impossible to write during this trip and flying back and jumping immediately back to work has been exhausting.

But now I know there is another question you much be asked: How did Abner take the news?

Well, it was hard to tell him because he assumed that the ring was for him: 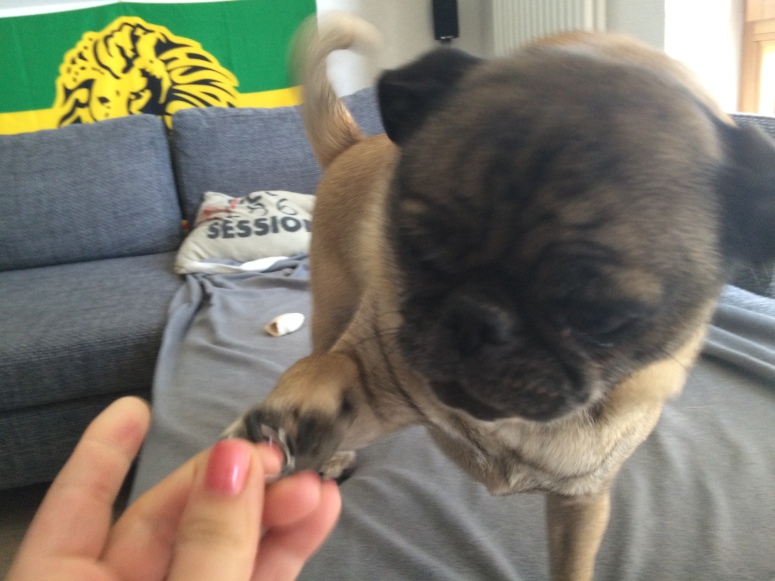 Little bastard tried to take.  No worries, it’s still on my finger.  I think he was also just so happy that we were finally home with him.  We were happy to see him, too.  We missed him.

Anyway, now that my schedule should be somewhat normal: Bis Mittwoch!

One thought on “You May Have Already Guessed it…..”