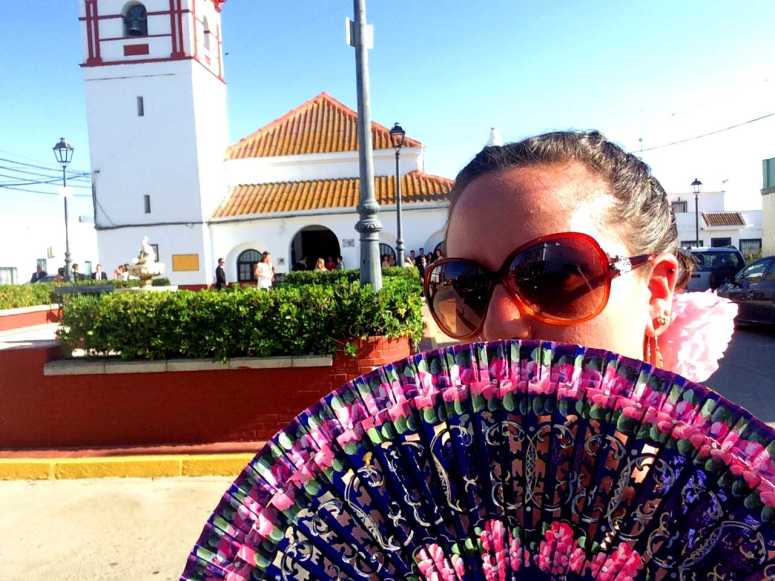 Lizzy and Rafa’s wedding took place in a little village about 40 minutes outside of Sevilla called  Alfonso XIII.  Technically, Rafa’s family is from Isla Mayor which is just down the street; however his  entire family has married in the same church since the year……something something B.C…..I think.  Anyway, it’s been a long while.  The reception also took place at Casa Alta – Rafa’s grandfather’s  home.  Side note: Rafa has three sisters and all were married in the same church and partied all night at the same house – they really keep it in the family.

Anyway, we arrived at the church in the sweltering heat (39 ° C / 102.2° F) and no air conditioning in sight.  T looked dapper in his full suit but was quite uncomfortable (it was pretty much all off as soon as the ceremony was over).

We sat with friends of the bride: 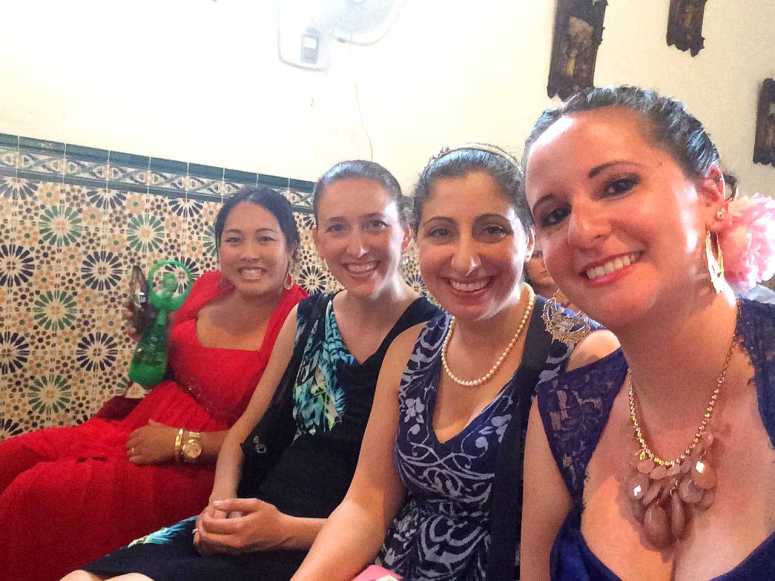 And we waited for the moment of truth: the bride walking down the aisle with her dad.

The priest was very efficient (especially for a Catholic wedding).  Instead of being the normal hour or hour and  a half long ceremony…he got it down to about 20 minutes.  I am sure it was because everyone (himself included) was so miserably hot.

After snapping more photos outside as the sun set – we set off for Casa Alta.

Considering that this was the fourth wedding (that I know of) at Casa Alta – it was only expected that everything run like clockwork, and it did.  We were treated to some delightful Manzanilla (traditional white wine from Sevilla), Tapas, beer, Flamenco singers, great company, and a very happy couple 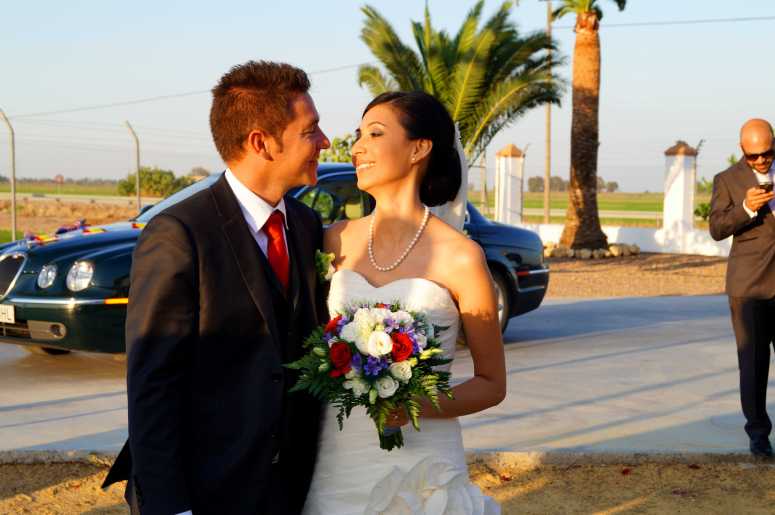 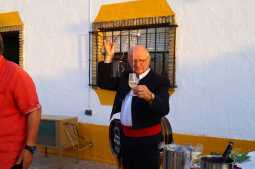 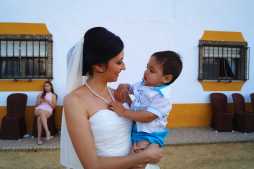 We had a blast – the food was delicious, the dancing was endless, speeches were made, and by the end of the night: everyone was a little Spanish… 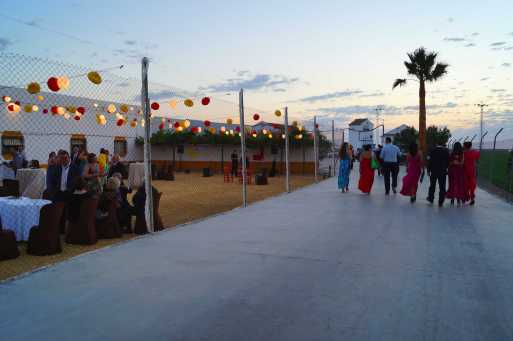 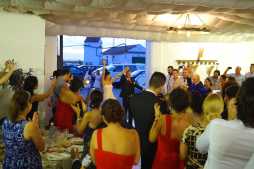 We were there until about 5am – the party continuing loooooong after we were gone.  As I was leaving, I watched Lizzy, Rafa, and all of Rafa’s friends dancing Sevillanas in formation as they sang the words.  I wish I had taken a photo because it really depicted how Lizzy and Rafa’s relationship had made them really complement each other. It was just their shadows against the bright lights of the DJ’s area but it was definitely an image from a work of art.  I wish I could have captured that moment, but I know there will be plenty more in their long marriage ahead.

Bis nächste Woche! Tune in next week where we talk about Milan!