After our little trip to the Bavarian Film Studio, we decided to travel a bit into Munich in search of a bite to eat.  We opted for Public Transit since parking at the Film Studio was quite inexpensive.

It had been my first time on Public Transit since I left Chicago.  Being back in another big city (though I feel like Chicago is A LOT bigger – maybe it was Munich’s lack of skyscrapers that made me think of this), definitely brought back a lot of memories of living in The Windy City.  It was fun, exciting, and craaaaazy fast paced.

I’m glad that I lived there for a time.  It was what I needed at that point in my life.  It was there that I had made some friends who came in and out of my life like a revolving door.  While others tried to be like said door only to have their metaphorical cape stuck in the door….just like they’re stuck with me.

While being in Munich, it reminded me of the rhythm of life in a big city.  But I was quick to discover that Munich sped along at its own musical rhythm – literally.

When we arrived  at the Rathaus, we discovered the Christopher Street festival was in full swing (think of it as a German Pride festival).  There was music, drinks, and rainbow flags EVERYWHERE! 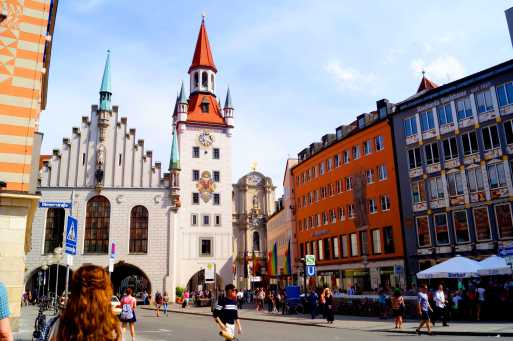 But it was our final destination.  We walked over to the Frauenkirche so I could have more time to soak in the sights compared to my last visit to Munich in 2007. 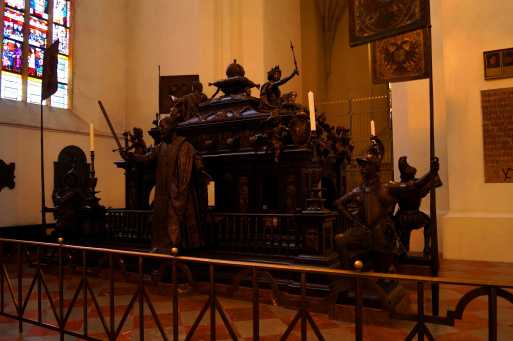 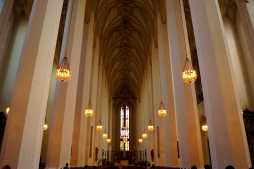 But we didn’t stop there: T wanted to check out the Hofgarden- which required a little more of a hike through the streets of Munich.

On our way, we found ourselves in a crowd transfixed at what was going on at a nearby monument.  There was a rehearsal going on of an entire symphony with a full chorus.

*le sigh* It reminded me of my days in the New World Youth Symphony Orchestra.  It also certainly made my day when they belted out some Carmina Burana.

Right next to them were the gardens.  There was a Biergarten laid out with plenty of people.  We even found a lovely gazebo where a cellist was playing a beautiful piece, which I believed he himself had composed. 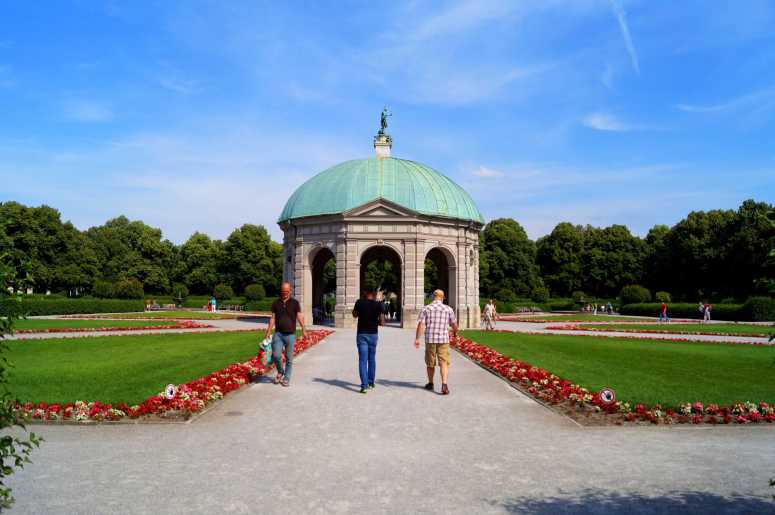 We did manage to find that bite to eat.  Though a Bavarian menu was quite the challenge (I quickly learned that my favorite Rösti is called Reiberdatschi in Bavarian) – It was like trying to learn German all over again.

I would have taken a photo but it was too delicious and I was hungry – it didn’t last long but it was one of my favorites: Rösti with Salmon.

It was from our spot that we watched as the Opera’s Sunday Matinee let out and we could still hear the choir and symphony rehearsing from down the street.  I fell in love with Munich that day.  I don’t know if I could go back to living in a big city – I do rather enjoy living on Lake Constance where every day feels like a vacation.  But it is certainly a magical city to visit.  Maybe next time we will bring Abner and see what he thinks of Munich?

If you haven’t been, I highly recommend you visit this musical city!