So you may have guessed through Abner’s photo shoot last week that we did a little trip to Verona.  Besides the fact that it is the setting of one of Shakespeare’s most well-known tragedy (Romeo and Juliet in case you didn’t know).  We had personal reasons for wanting to go there.

Back in 1980 (or ’81), my dad did a business trip to Italy that lasted almost a year.  I will take a step back and explain to you what my dad does: he is an engineer/programmer who installs 300 foot ovens used in making crackers.  Anyway, while he was in Italy, he would spend a few months in a few different cities.  It was a hard time being away from home for so long and he almost quit his job because of it.  Of course he didn’t and ended up meeting my mom during a different business trip a year or so later so frankly I am glad he didn’t quit.

One of the cities he stayed in (and also made a huge impact on him) was Verona. (By the way, he is the one on top) 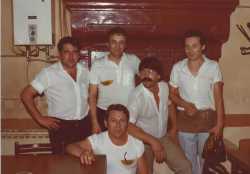 A little ways outside of Verona in the village of Colognola Ai Colli is a little place called Pizzeria Panoramica.  My dad found that he really liked the pizza and frequented there almost every night.  It was owned by five families and they took notice of lone American who came to their restaurant oh so often.  They started inviting him to eat with the family….

Ok, it wasn’t so much of an invitation but more of a: the own would place a bottle of wine at my dad’s table, tell him to sit here and drink until the restaurant closed so he could eat with the family.

My dad always thought fondly of the families and how open and welcoming they were to him when he was left alone in a foreign country.  He made a mention of wanting to go back there and see if the families were still there…

Sadly the families have sold the restaurant to a new owner.  My dad approached the gentleman to show him an old photo.  The asshole waved his hand at my father dismissively and muttered something (in Italian) about it being from many years before and simply walked off.

Needless to say, he was an asshat.  We had arrived early before more guests arrived (it was almost empty when we arrived and by the time we left it was completely full).  There was no excuse with the rude way my dad was treated.  Even if he were actually busy (which was wasn’t when we asked him), he could have easily said “I am the owner now but I don’t know where the old owners are. Sorry.” It would not have costed him a single ounce of energy more to try some level of civility.  Instead he chose to be rude. 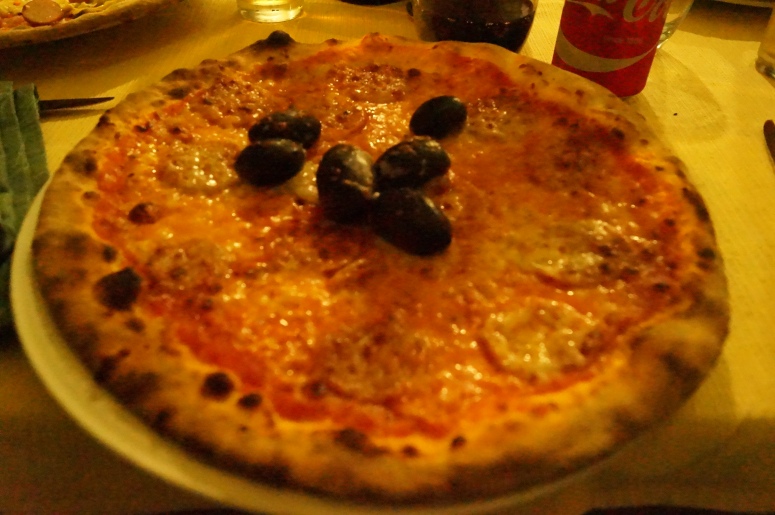 Also because life is so unfair – even though the place is owned by a grade assface, the pizza was so. Fucking. Good.  If you do ever want to venture there simply google: Pizzeria Panoramica Verona – and know that they ONLY speak Italian.  Also order the Pizza Diavola if you like a little spiciness.

Mostly because they give you olives this fucking huge. I mean look at it!!!!

But don’t worry, just because we had a mixed experience at the Pizzeria doesn’t mean it ruined our trip to Verona.  Quite the contrary….we. loved. Verona.

We stayed in a little place between Pizzeria Panoramica and downtown Verona (technically outside of the town San Martino).  We were literally about 20 minutes from downtown (Verona is quite a small city).

This reminded me of my recent trip to Spain in June.  Whether it’s been 8 years since you were last there or 35 years – these places are no longer the same. And yes, that is T holding Abner because there were too many people and we didn’t want him to get stepped on.

According to dad – this was a normal street 35 years ago.  Now it’s lined with expensive shops.

1. The House of Juliet 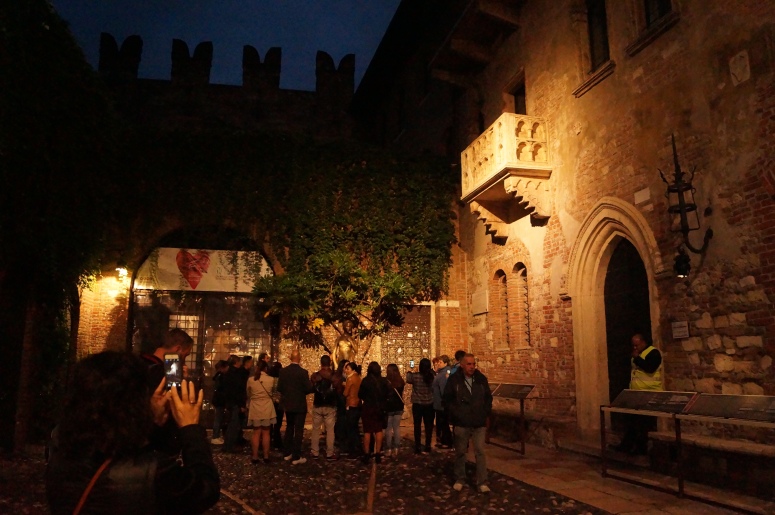 4. The Tomb of Juliet (but it was already closed for the day when we got there)

And so much more!

We were in Verona for such a short time but it was so wonderful.  T and I are planning on going back and we can’t wait!

Tune in next week because now you know that you need to go to Verona – I will tell you where to stay! It’s a little piece of Italian heaven! 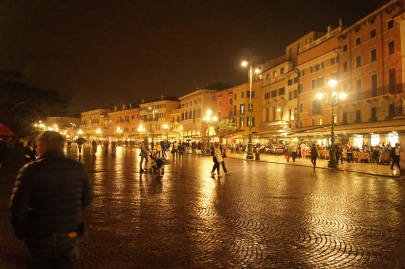 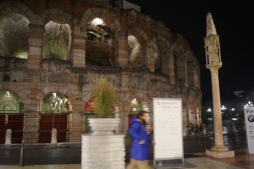 3 thoughts on “Why You Need to Go To Verona…..Right Now!”