So, yes, I am home in the States with T for the holidays, but I thought it would be fitting to talk about the most recent Christmas Market that I discovered this year.

Ok, so discovered is not really the correct word in this situation since it’s been around longer on this earth than I have, but whatever….

Kirchberg an der Jagst is literally around the corner from T’s hometown.  I have driven passed it for years and have seen the little old town that lies high on the ridge, but I had never taken a walk through it. Early in December (after our twin nephew’s 2nd birthday) we decided to meet up with friends at Kirchberg and check it out.  Unfortunately we were having too much fun with the babies and family that we were too late to meet with them, but we saw the Market anyway. 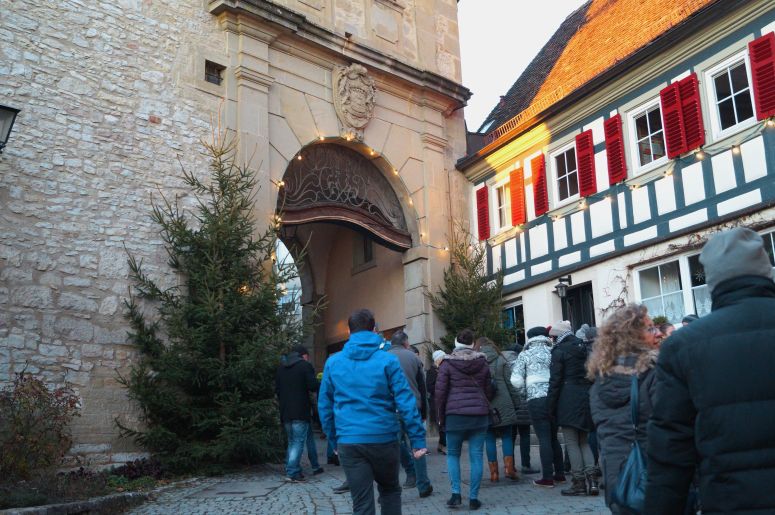 The first mention of Kirchberg was in 1373 when Emperor Charles IV gave permission to Count Kraft IV to build a town in front of his castle Höhenburg Kirchberg, which was later destroyed in the subsequent Peasants War in 1525.

There is a castle there, but according to T, it’s an old folks home now (just in case any of you were looking for a retirement home).

Regardless, I was impressed. 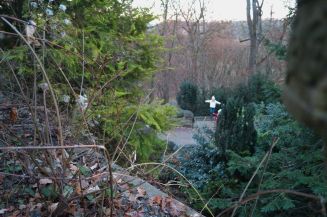 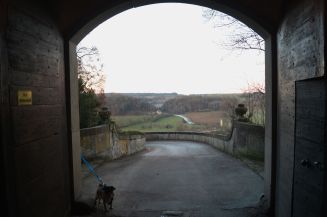 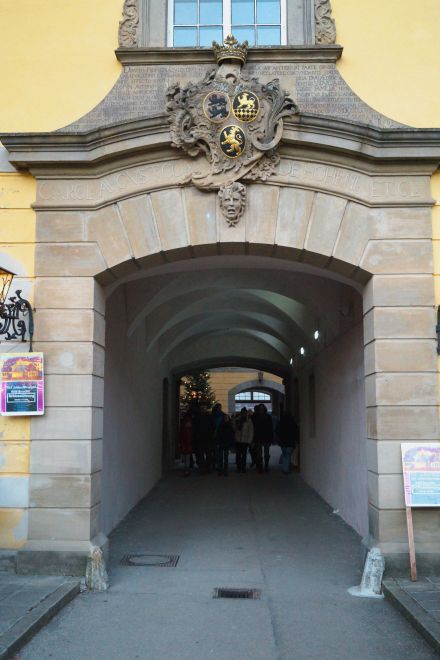 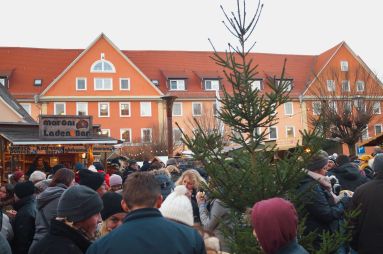 Of course, my favorite part was the food – warm Glühwein and potato spirals for the win!

It was super cold and Abner was not a happy camper so we only lasted about an hour in the cold, but it was such a lovely little Christmas market that is literally around the corner.

What is your favorite Christmas market? 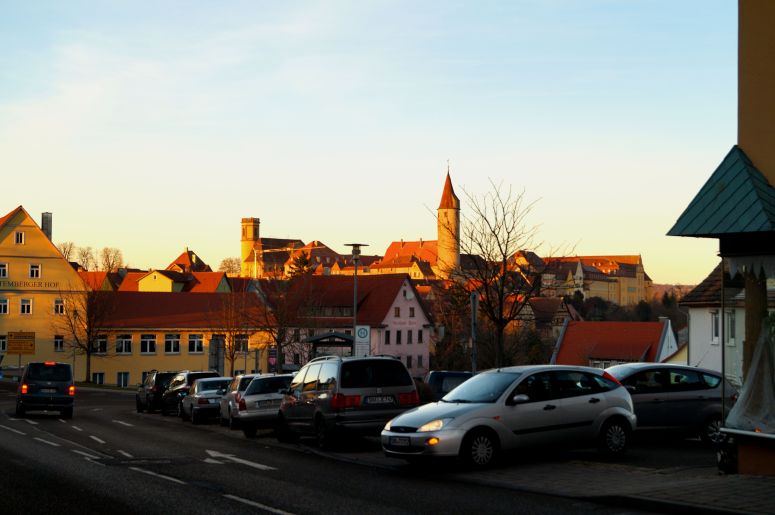