After we finished with Te Puia, we decided to start making our way towards Tongariro National Park. We stayed overnight at Lake Taupo (which sits above yet another super volcano, but obviously nothing happened), then made our way to the town of Ohakune on the south end of Mount Ruapehu.

Let me make a side note and say that of all the campgrounds we have stayed in throughout New Zealand – the one in Ohakune was by far the best! 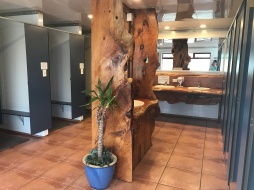 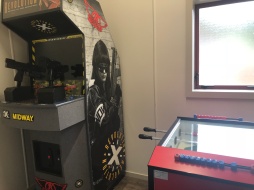 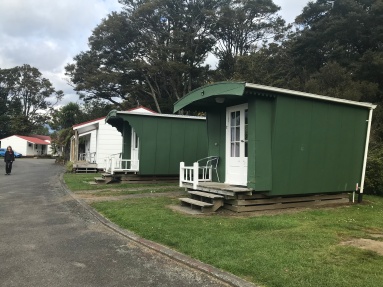 One of the faschinating aspects of Tongariro are the three volcanos that sit in a row south of Lake Taupo: Mt. Tongariro, Mt. Ngauruhoe, and Mt. Ruapehu:

For some reason, Google is not indicating where Ruapehu is (hint: it’s where it says Tongariro National Park). Everyone and their mother comes here to do the Tongariro Alpine Crossing. You start and the Mangatepopo car park, hike up Mt. Tongariro, and come down the otherside to another car park. It is 19.4 km and you have to organize pick up and drop off. In other words, there’s a time crunch.

Those of you who remember our Five Lakes Hike – That was 11km and took me about 6 hours – this bad boy is just over 19. Woof. Let’s face it, I was not ready for another (in my case) sprint up a mountain. T also didn’t like the idea that it was likely to be full of people. The Five Lake Hike was super crowded and we didn’t want to have to fight our way up the mountain.

So what could we do? We went to the information desk in Ohakune for some recommendations. We heard from a few locals that they recommended the Taranaki Fall/Tamal Lakes hike on the Tongariro Southern Circuit. This path starts at Whakapapa and goes between Ngauruhoe and Ruapehu to the forementioned sites. They told us that we could park for free at Whakapapa so we could take our time and since it was relatively unknown: less tourists. Sounded perfect.

While T and I enjoy our hikes – I was really excited to hike around Mt. Ngauruhoe – why? It’s where they filmed Mt. Doom in Lord of the Rings! GAH!!!!!!!!

Yeah, I was really excited to get this shot! I know, I know, I’m a nerd….but you already knew that, didn’t you?

The hike was awesome. We walked through forests, the rocks, and shrubs, all the while watching for glimpses of Sam and Frodo being led by Gollum to Mt. Doom. Alas, the hobbits were nowhere to be found. But we did see some beautiful waterfalls and lakes. 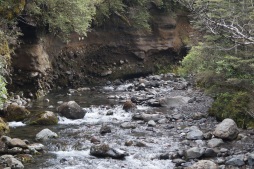 The view above Taranaki Falls 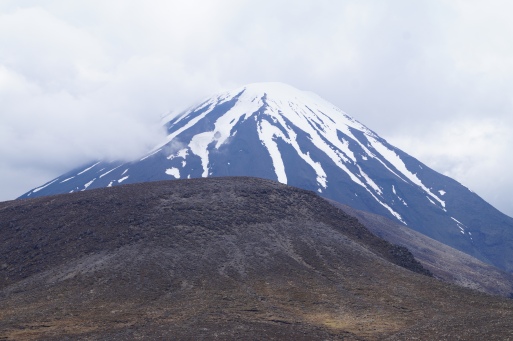 The walk back. What a view!

All in all, we did walk 19km just like the real Tongariro Alpine Crossing and we did it in 6 hours! (including our lunch break). However, the final elevation for our hike was only 350 m as opposed to Tongariro’s 750 (which was also the elevation of our Five Lakes Hike. Woof!

It’s a hike I highly recommend! This is perfect for slow hikers like myself who don’t want to be bogged down with the idea that your goal is to just get to the end. This hike was just as much the journey as it was the destination. I will admit, my legs were jelly after 19 km but wow did it feel great! Would I do it again. Definitely!

What are you favorite hikes?

2 thoughts on “And in the Darkness, Bind Them…”