Ah, Wellington. T and I really enjoyed ourselves there. As big cities go, we really liked Auckland until we came here. As we were walking along Mt. Victoria, T turned to me and said, “This would be a great city to buy an apartment and retire to.” It has a little bit of everything: city-life, a park (for hiking and mountain biking), water (the bay), and it’s not that big (compared to when I lived in Chicago for example). It is such a lovely city.

We stayed at one of the freedom camping spots (meaning free) that also happened to be rather close to Weta Workshop (where they did the special effects for Lord of the Rings…..and like a million other movies, more on that later). The next day, we decided to do some shopping and (at the recommendation of our Kiwi friends J and R) to head over to their history museum and check out their Gallipoli exhibit.

I don’t think I need to state how much we fell in love with this city. We did some shopping at one of our favorite shops: Global Culture. (We literally went to every shop of Global Culture in New Zealand – they are a local brand that makes New Zealand themed shirts, hoodies, and even microfiber clothes for your glasses…..here’s mine (well, the shirt version of the same design) LINK.

Anyhoo. When we got up the next morning, we decided to walk over Mt. Victoria to the city on the other side. For you Lord of the Rings Fan….the first day of filming was at this park!

Recognize it? Well, it’s been about 20 years since it was filmed, but I’ll give you a hint:

I think the most impressive thing about this is the fact that there is a dense forest in the middle of a big city! Cool, no?

We took a leisurely walk around the city, did some shopping, had a Starbucks, and grabbed fish and chips at a nearby pub. It was here that we experienced (not for the last time) how aggressive the birds are here in New Zealand. This ended up being a theme for the remainder of our trip. I’m sure you’re wondering HOW aggressive? There was a pigeon that sat at the table next to us waiting for the couple to just look the other way before trying to steal their food. Our pigeons back home at least have the manners to wait until you leave the table, not New Zealand birds….they will rob you blind. Don’t get me started on the Keas (because that’s another post for another day).

So after we emptied part of our bank account and filled our bellies with food – we headed over to the Te Papa, their big art and history museum. We were told that we had to visit the Gallipoli exhibit and it did not disappoint: 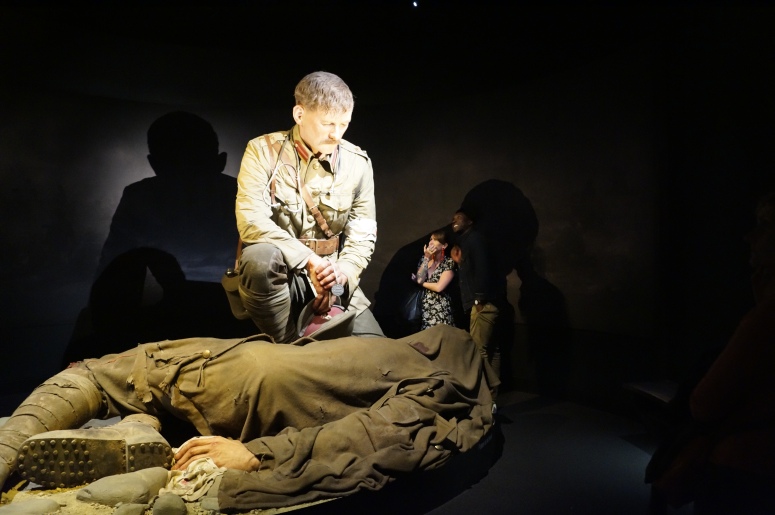 The point of this exhibit was to tell the story of the Gallipoli campaign of World War I through the perspective of eight New Zealanders. When you think of WWI (as well as II), you think that it only really effected Europe and North America, right? Remember, New Zealand is still a part of the English Commonwealth. That meant that when their monarch asked them to join in the war efforts (despite being on the other side of the world), they enlisted. Te Papa joined with Weta Workshop to make these larger than life versions of these Kiwis so that you could really feel the impact of what they were experience at that moment. It was a very sobering exhibit and if you’re in Wellington, I highly recommend that you go check it out.

After that, we grabbed a taxi back to our camper and drove to Weta Workshop – another must as a fan of Lord of the Rings. Side note: parking is a bitch. There is no parking lot for visitors at Weta – only street parking – so plan accordingly. 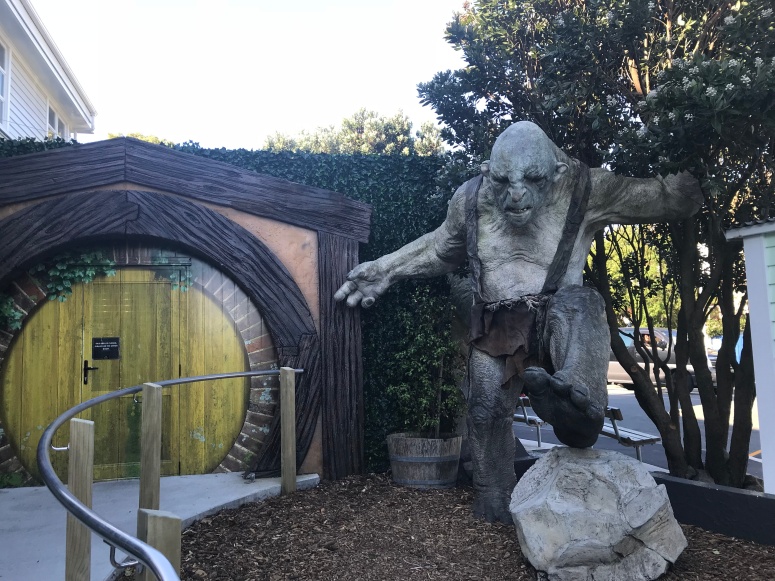 We planned for the last available tour spot (with the idea of driving out of Wellington to the Top 10 Holiday park in Lower Hutt just on the other side of the bay). Turned out to be a great plan because no one else was scheduled for that time – meaning we literally had a private tour! How awesome is that!? While I knew of the Weta Cave because of their contributions to Lord of the Rings and The Hobbit, I had no idea of how much more they had done. How much? Well, I would put up an image…..but there were so many – instead, I’m being lazy so here’s a LINK.

Also, we weren’t allowed to take ANY pictures during our tour. Sorry, folks. But trust me when I say that it was loads of fun! I would love to work for a place like Weta! If I can figure out how to make my biology degree work then we’re set! But until, I’m not going to quit my day job……

So that about sums up most of what we did in the North Island. I’m sure that I’m going to come up with more stories from the North down the line, but until then…tune in next week when we begin our journey into the South Island! 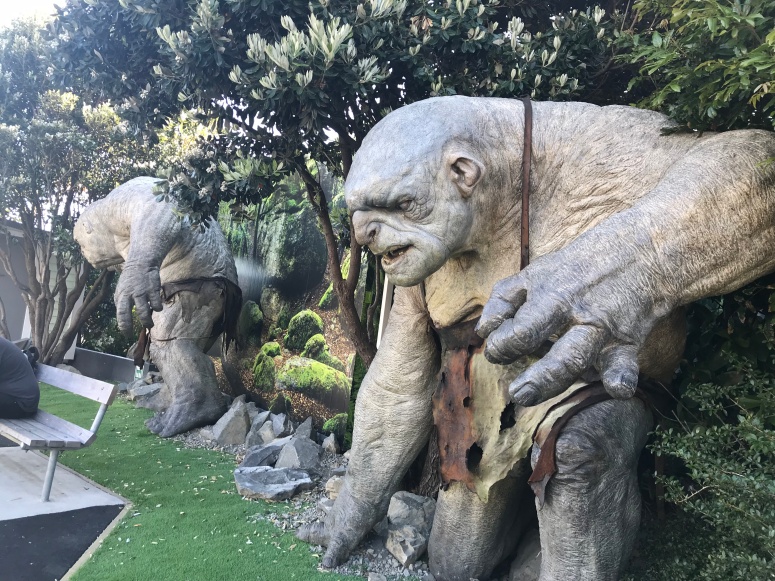 2 thoughts on “Wellington – Home of Weta”