This is another topic I have been looking forward to talking about: New Zealand wildlife.

New Zealand has no natural predators….they mostly have birds – lots and lots of birds. So this post for all you birdwatchers out there! Most will just be a little gallery of what we saw but I do have some stories to tell….especially for my new spirit animal….the Kea. 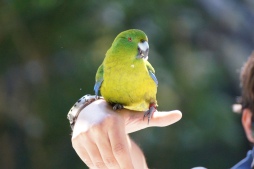 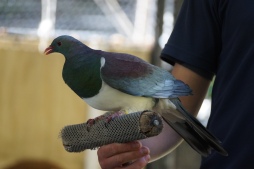 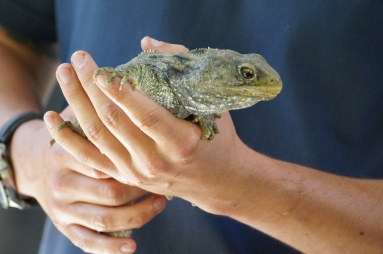 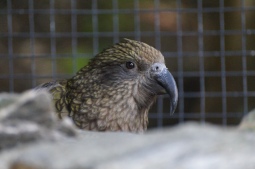 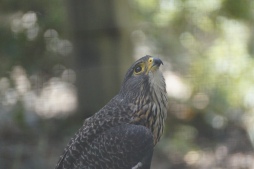 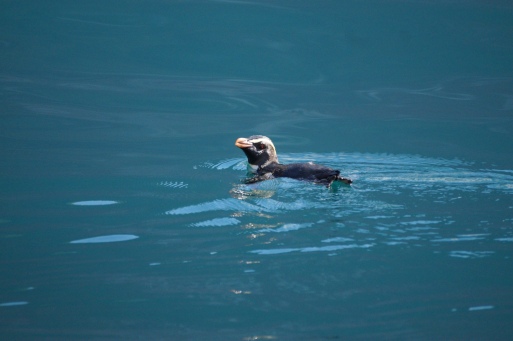 A mama and her baby…

Some of these may be familiar to you from my other posts in Akaoa and Milford Sound. But the rest we had to see while visiting bird sanctuaries in both Te Anau and Queenstown. I thought I would give you a little idea of some of the critters we got to meet on this trip:

This little guy who was so interested in T is named Jimmy. He has an injured wing and can’t fly but he likes to hop around and cause mischief. He was very interested in T at first but when he discovered that T had nothing – this little critter started squawking! We had a good laugh over this.

Tuataras are a species of lizard that are older than the dinosaurs!. They normally live up to 150-200 years! This little one was part of a group of four. Originally the bird sanctuary thought they were give four boys and came up with very rugged and aggressive names…..come to find that they received four ladies. So what’s this one’s name? Brutus. She is a 19-year-old juvenile who won’t reach official adulthood until she’s about 50!

These little critters do not look like the nightmarish American counter parts – but they are a nuissance. In the infinite European wisdom at the time, te settlers introduced rabbits as a way to make NZ profitable with hunting. Since there are no natural predators – the rabbit population exploded. The settlers in their continuous wisdom decided to introduce the possum as well as voles to NZ in order to control the rabbit population. Unfortunately what happened: the bird population went down (and some even went extinct!).

In an attempt bring NZ back to the way things pre-colonization – they do what they can to trap the possum and vole population. Obviously this is easier said than done. Something that has proven successful: mixing merino wool with possum fur in clothing. They claim that it makes the wool/clothing 40% warmer and if you’re familiar with merino – you know that shit is warm!

@Mami – your scarf has a little bit of this critter in it haha!

This little alpine parrot (the only species of its kind) has literally become my spirit animal from this trip. They have the intelligence of a two-year-old and equally adept at causing trouble. You see them a lot on the way to Milford Sound and the road is dotted with little signs that remind you: Do not feed the Kea.

They become beggars and they use their adorablness to manipulate you. How? They have been known to camp out around parking lots and start eating all the rubber parts until the guests finally feed them.

I actually own this shirt because it is a perfect example of how mischievious these little buggers are.

I have heard stories of a few wrestling each other and playing so that the tourists would get distracted and not notice the third Kea getting into their car and stealing their shit.

My favorite story (told me us by our kayak guides at Milford Sound):

On the road to Milford Sound is a tunnel. The Homer Tunnel is one lane with stop lights on both sides to control traffic; the wait time can easily be 10 minutes. There are traffic cones right as you come out that remind you that you are back on two lanes and that you should get on the right side (in this case, left side). On the Te Anau side is a good place to find Kea (as well as this sign) 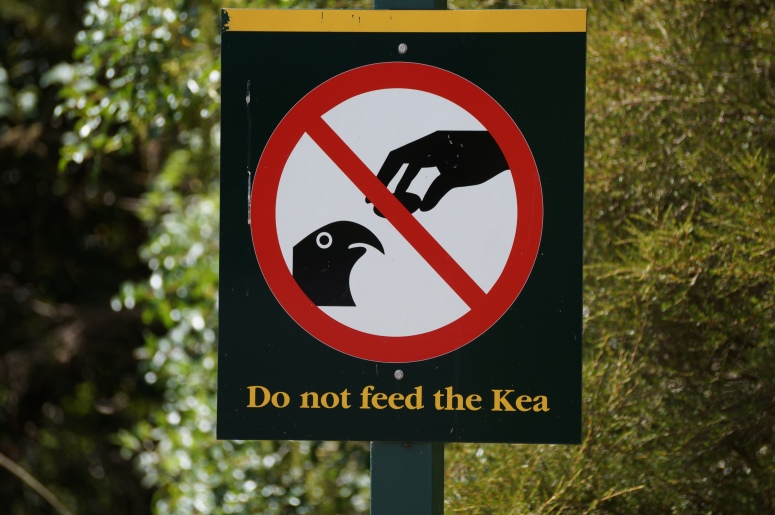 Because of this wait time, tourists will sometimes be intrigued by these cute little parrots that swoop in and do cute things. Inevitably, they are also fed.

The folks in charge of the tunnel starting noticing that the traffic cones keep getting moved. Some had been moving them so that the outbound traffic would automatically go towards the parking lot where the Kea would be waiting.

They immediately blamed the guides at Milford (they do like their pranks).

The guides, of course, denied it. Therefore, the folks at the Homer Tunnel installed a camera to see who the hell was pulling this stunt. It was the Kea! They watched as one flew down and move a cone, then the next would come and move the next one and so and so forth until the cones directed the traffic to the parking lot!

Since then, they had to add weights to the bottom so as to keep the Kea from trying this stunt again. They also installed a playground to try and keep them occupied. It’s only a matter of time because they try something again.

Yes, we did get to see New Zealand’s symbol. The problem is: they’re nocturnal animals. The only place to see them are at sanctuaries where the keepers essentially screw with the internal clocks of the birds. The kiwi houses have lights that make the Kiwis think that it’s night (when it’s actually day) and vice versa.

This is not my photo, by the way. The room was pitch black aside from the little red bulb. We went during the kiwi feeding time in Queenstown and got to see both a male and female.

What I did not expect was how big they actually are! The average male weighs about 2 kg (4.4 lbs) while the female can weigh up to 2.5 kg (5.5 lbs). They are easily about the size of a full grown chicken. I had expected them to be much MUCH smaller!

Anyway, after this trip – the Kea has become an all time favorite animal (after pugs and raccoons, of course). I was really glad that I could see all these animals! It was an unforgettable experience!