On Saturday, Thorsten and I went to Bregenz, Austria to go see Die Zauberflöte (The Magic Flute) by Mozart.

But first we had to grab dinner! 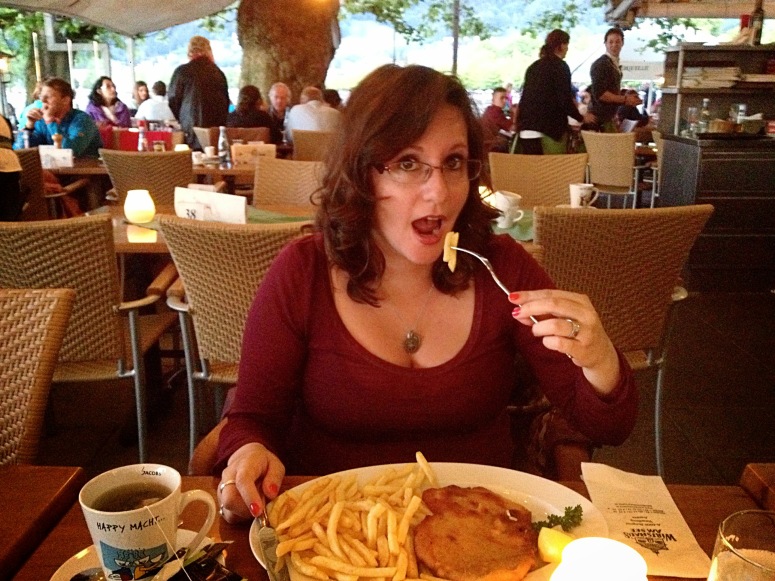 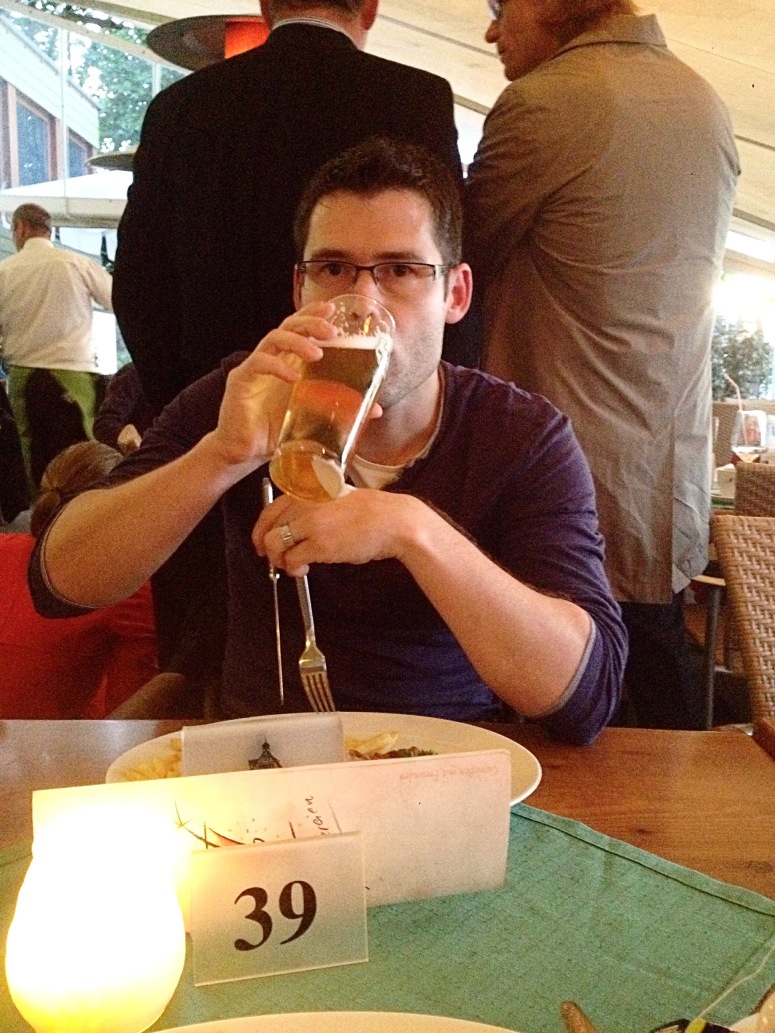 Fortunately the restaurant was right next to the theatre so we were able to eat quickly (because we were running late) and make it to the show with 10 minutes to spare! It was a beautiful  production.

It was a very exciting experience.  This was Thorsten’s first opera and my first OUTSIDE of IU.  By the way, for my Hooiser readers: if you want to see a good (nay, great!) opera, go Bloomington and see an opera performed by the IU School of Music.  Their productions are comparably professional to the MET in New York City.

Also, opera is not something to be afraid of.  They do subtitles! I was excited that this production had them, too! Even though they were in German.

The performances were amazing, the production was fantastic! They utilized the lake as much as they possibly could.

Thorsten was a photo ninja for all of five seconds and took a photo during the performance: 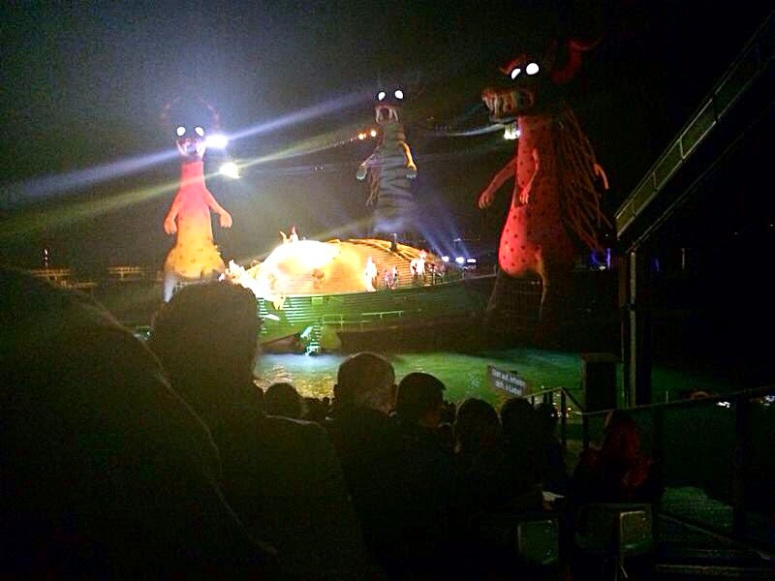 And then it started raining….

The last twenty minutes boasted a light drizzle and wind that left us shivering, but determined to finish the show.  The entire audience did because we owed to those amazing actors out there who were dressed in less than we had and yet sang so beautifully!!!

That’s true devotion to the craft!

But as soon as it was curtain call, you can bet your ass that Thorsten and I were running for the warmth of our car.

I would like to say that despite the rain and cold, the night was a success.  The show was great and Thorsten really enjoyed himself.  He came away impressed with a show created in 1791 can still be performed today.  He was amazed that after all this time, the show was still awe-inspiring 🙂

If you ever get a chance to see one of these operas in Bregenz, I highly recommend it!!!! Can’t wait to see what they do next year!